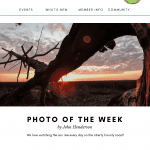 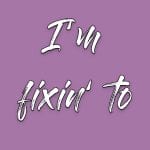 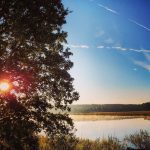 A Salute to the 3rd Infantry Division 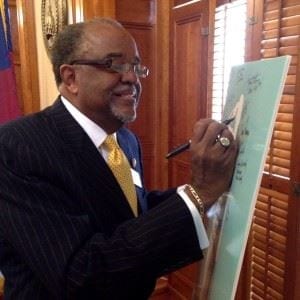 Sometimes, you don’t stop to think about how much of an impact something is until other people show you. The 3rd Infantry Division has been an integral part of Hinesville, Liberty County and the surrounding counties since it uncased its colors at Fort Stewart in 1996.

Fort Stewart is the largest military installation east of the Mississippi River, a phrase that easily rolls off the tongues of civilians and military personnel alike in these parts. But what does that mean? It’s certainly more than land mass, tanks, and buildings. It means we see our soldiers shopping at the grocery store right beside us and going to lunch at our local restaurants and participating in our festivals and community events right beside us.

It means that those of us who live near post can hear reveille in the morning and taps at night. We hear the faint booms and feel the slight rattling of our houses when our soldiers are practicing in the field. Those who don’t live in a military town might think of this as a disturbance but to those of us who have Fort Stewart as a neighbor, it’s a comfort and a way of life. No matter what, you know the 3rd ID is there, protecting you, protecting your freedom and honoring their service commitment to their country.

We work with the spouses of soldiers and when their soldier is deployed we worry with them. We cry when we learn that one of our own is coming home to be laid to rest.  Many of us have visited Warriors Walk, a solemn but beautiful reminder of the ultimate price our soldiers pay. Each of the 468 soldiers that have died in the line of duty has a tree planted in their honor.

It is not all tears of sadness, though. We celebrate when our soldiers come back safe and sound and cheer them on when they win awards. We may casually thank them for their service when we see them out and about. Having the 3rd ID in Liberty County means having them as next-door neighbors and working with them to make our community better.

On March 9th, 2015, the Georgia House of Representatives made a resolution at the request of Representative Al Williams, to make that day officially 3rd Infantry Division Day in the state of Georgia. The staff of the Chamber and CVB had the privilege and the honor to help organize the event and travel to the Capitol to witness the resolution. Folks from the Liberty County community, Long County and Bryan County and Chatham County came in support as well. Among those who attended and represented the 3rd ID that day were Brigadier General Blackburn, Command Sergeant Major Varner, Garrison Commander Colonel Gregory and Sergeant Major Rock.

This was certainly a day of celebration as we officially honored the 3rd ID.  This was a way to recognize our 3rd ID and pay them the respect that they so well deserve but never ask for. 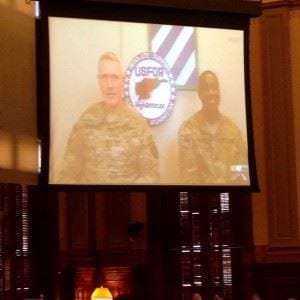 The best part of the day was seeing Major General Murray and Command Sergeant Major Gilpin as they spoke to the House of Representatives via Skype. They are currently deployed to Afghanistan but having them on screen made it feel a little like home. MG Murray told us that the troops are doing a good job and he appreciated what we do for the soldiers and their families. We can never repay Major General Murray or any of our soldiers for their service but the fact that he thanked the elected officials, community leaders and civilians is a sign of true leadership that has made its mark on the 3rd ID.  Seeing MG Murray receive a standing ovation from the House Floor and Gallery after speaking made our hearts swell with pride. I know that’s cliché but it’s true.

We are so glad that Representative Al Williams crafted the idea to officially honor the 3rd ID. Our community has been proud of them for a long time but now there is an official day to recognize them for their past service and their continuing service. We also want to thank those that came to the Capitol in support of the day and helped make it special. Our military has brought new life into our communities; people that work hard and share our desire to strengthen and enhance the places where we live, work and play.