Dorchester Academy is one of only 11 stops in Georgia on the U.S. Civil Rights trail based on its importance during the Civil Rights Movement. This historic school was founded in 1871 by the American Missionary Association (now the United Church of Christ) as a school for freed slaves. By 1917, the fully-accredited high school had an enrollment of 300 students.  Although the academic program ended in the 1940’s when a consolidated school for black youth was built in nearby Riceboro, the pioneering spirit did not.  In the 1940s, the Dorchester Cooperative Center was established and the Dorchester Academy would become an institute for community development, political and social change.

The Liberty County Citizen’s Council, founded in 1946 helped registered and organize African-American voters.  Nearly 20 years later, Dr. Martin Luther King, Jr. and other key figures in the civil rights movement including Dr. Ralph Abernathy, Andrew Young, Dr. Fred Shuttlesworth, prepared for “Project C” which would be later memorialized as the infamous Birmingham march, one of the first major victories in the Civil Rights movement.  Today, the Dorchester Academy is a National Landmark and serves as an African-American history museum and community center and is in the process of developing a community educational and research center.  Additionally, plans are in place to renovate the beautiful Greek Revival style boys dormitory, one of the only original Dorchester Academy buildings that remain. 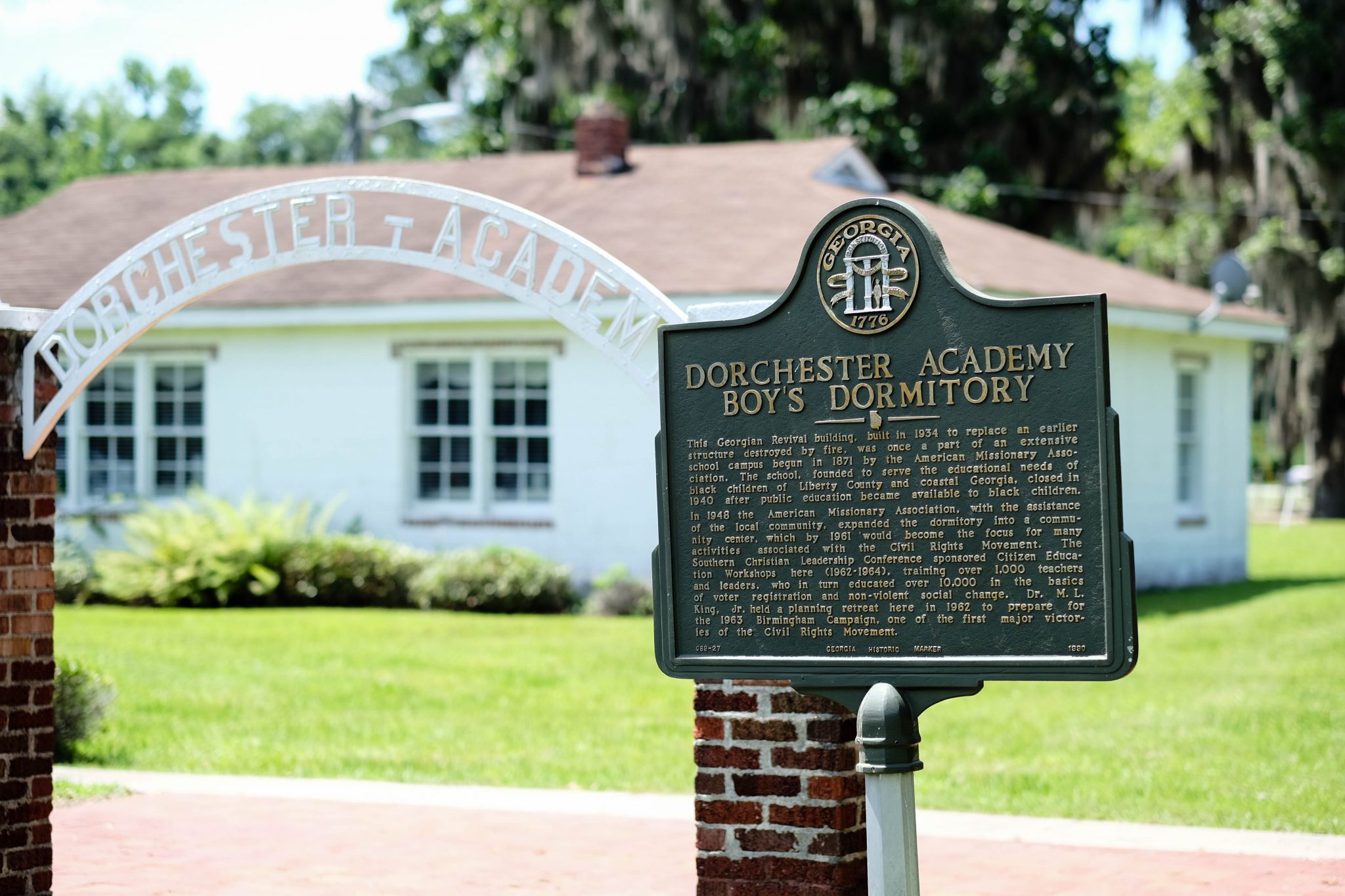