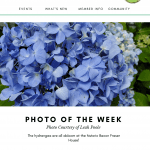 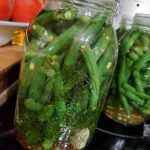 Now tell me, how many times have you heard the saying, “it’s just business”? If I added up the amount times I’ve heard it in movies, TV shows, business meetings or personal conversations, I would have to say over 100 in my lifetime. What’s sad is that it’s usually said once something unfortunate has happened in a person’s work life, such as getting fired, being laid off or simply being told no or maybe next time.

Now don’t get me wrong, sometimes you HAVE to understand that it’s “just business”, BUT how about we consider the other side that deals with human compassion and understanding. Understanding, that one day you may be in the position in which someone tells you……it’s just business. Using human compassion in business doesn’t mean letting employees, business partners or co-workers walk all over you. It means striking a healthy balance between being stern and understanding- emphasis on healthy. Okay its story time! (For future reference, I like to use stories to make a point)

There once was a mean, cold and wretched old boss named Vernon. Vernon was a millionaire, who acquired his fortune through a t-shirt factory company. John was one of the most veteran employees the company had and worked his way up from a factory worker to production supervisor. There came a time in the company when Vernon wanted to lay off some employees and increase the load on the others, in order to bring in more profit to the company, due to his mounting greed. Although John was one of the longest employees, he was also one of the oldest, and his benefits package was starting to cost the most. So John, along with 30 other salaried employees, were laid off. The response John received from Vernon when asking why he was being let go was, “Nothing personal, It’s just business”.

John was in the middle of putting his twin daughters through college and desperately needed the money to stay afloat, being that he was too poor when they were born to start a college savings account. John went home and sat in the makeshift shed he had built where he worked on different inventions. In the midst of weeping, he looked up and noticed an invention he had forgotten about when his work load began to increase. John found an easier way to manufacture t-shirts, which led him to opening his own company with the 30 other employees who were laid off and eventually became a multi-millionaire. Now John was a man of character and ethics. Even after acquiring his fortune, he constantly gave back to the community and never put his own greed above the welfare of his employees.

Vernon ended up losing his fortune due to an ugly scandal regarding some of his female workers. When Vernon asked why he was being penalized for his inappropriate relations, a judge said, “Because that’s the law.”

Now, I don’t want you to be too scared to stand up for yourself or lay down the law because you’re afraid you might get the same in return. If you think you’re being fair and wouldn’t mind the same done to you, then you’re more than likely good in most cases. Although there are some individuals who actually like when others are cold to them. (I try to stay away from those types of people).

In closing, I’ll leave you with a quote from the 2015 Cinderella movie. And please don’t act like you’ve never seen or heard of Cinderella, or don’t have a little girl in your life who made you watch the movie or you’re not like me and watched the movie just because you wanted to. Those movies really have some good messages in there that even adults need to learn. But anyway…to the quote. Cinderella’s mother always told her, “Be kind and have courage.” And I believe that’ll surely take you a long way.