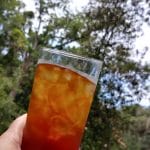 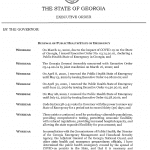 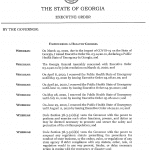 We’re Not in Kansas Anymore

Dorothy, from the Wizard of Oz, was caught up in a terrible storm that left her amazed and confused about the location that she found herself in. She went from the calm everyday living of the countryside to a make believe land that was far different from anything she had ever experienced in her life. Whelp, welcome to Liberty County, Georgia, you’re not in Kansas anymore!

I arrived in Liberty County eleven years ago and was immediately impressed by the wealth of African American history tied to this tiny location in the Southeastern United States. I lived the majority of my life in Pine Bluff, Arkansas, nationally recognized as one of the worst places to live due to the high levels of crime and the low levels of income, but for me it was home. As a soldier, I moved around from one location to another, but never have I found a place as 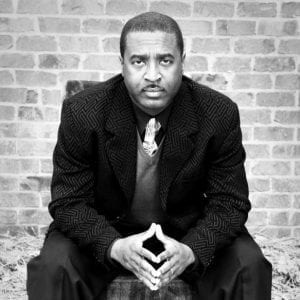 rich in the African American culture as Liberty County.

The roads throughout Liberty County become a magical journey in time as you travel from city to city.

In Walthourville you’ll find the memorial of the First African American Female Mayor in the State of Georgia, Mayor Carrie (Kent) Brown, and the people remain very proud of her leadership and her legacy. If you travel a little further down the road, on the outskirts of Riceboro, you can walk the Historic Baptismal Trail of the Geechee communities that considered this a Holy Place for almost a hundred years. Enslaved congregants of the local church were baptized here up until the late 1940’s. The Geechee Kunda cultural facility is also located in Riceboro. This facility highlights the achievements and rich heritage of the Gullah people, who were brought to the United States as slaves from the West and Central parts of Africa. These slaves worked the coastal plantations and developed a separate creole language and distinct culture patterns that included more of their African cultural traditions than the African-American populations in other parts of the United States.

If you spend any significant time in Liberty County, you’ll hear about the amazing history captured in Midway, Georgia, just north of Riceboro traveling on Interstate 95. A huge part of that history is stored at Seabrook Village. This well-preserved site transports you back to the 1800’s and is described as a unique, African-American history museum. The 104-acre living history museum has 8 turn of the century builds, including the one room Seabrook School. Take a trip back in time and see how early African-American settlers lived as slaves and as freedmen.

Just up the road, as you travel from Midway towards Hinesville you’ll pass the Historic Dorchester Academy, the crown jewel of the Civil Rights Movement, in the heart of Liberty County. Dorchester Academy was founded after the Civil War as a school for freed slaves.  During the 1940s, the school was used as a site for African-American voter registrations. In the heat of the civil rights movement, Dorchester Academy served as a host for the Citizen Education Workshops sponsored by the Southern Christian Leadership Conference to train grassroots leaders from all over the South.  It has become common knowledge that the great, Reverend Dr. Martin Luther King, Jr. spent time at the Academy preparing for the Birmingham march.

I’m truly proud to call Liberty County my home. As I strive to become more involved with my local community, I am introduced to numerous unique individuals that are beaming with a wealth of African American pride. Such as State Representative Al Williams, the first African American from Liberty County to be elected State Representative since Reconstruction; Chairman Donald Lovette, writing, directing and performing in authentic stage plays that capture the essence of African American traditions and presents them to the next generation; and Mayor Emeritus James Thomas, Jr., the first African American mayor of the city of Hinesville. Not to mention the various young trailblazers that are standing on the shoulders of these great men, ready to carry the torch to a new generation of youth longing to know about their past.

Yep, I’m definitely not in Kansas anymore! Liberty County recognizes and celebrates the best of the African-American experience. The best of Black History Month can be seen by jumping in your car and taking a stroll through Liberty County. In Liberty we have something to be proud of, historic treasures to challenge our present, while remembering our past. I’ve fallen in love with this community and if you take the time to embrace it, I’m sure you will too.