10 of My Top Women Heroes 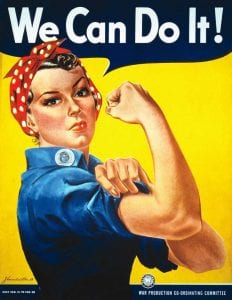 In honor of Women’s History Month which is almost over, I fortunately had until March 31st to get this blog post finished and posted, I wanted to share 10 of my top women heroes. I can’t say that these are my all-time top 10 because I have way too many women heroes to confine to a mere list of 10.

A Women’s Studies minor in college, I have definitely been called a “feminist” in my time, and I have honestly never seen that as a bad thing. Every great moment in history has women in it as well as men, we just haven’t done a very good job up until recent memory of telling the stories. Did I mention I was an English/Mass Communications double major? That may help you understand some of the choices below.

I also found it interesting in writing this blog and “googling” famous women, top women in history, etc. that almost every list had Hillary Clinton, Oprah and Madonna on it, alongside Mother Theresa, Joan of Arc and Rosa Parks. My personal opinion would be that the contributions of the last three far outweigh the media sensation of the first three.

So the hope is you learned something, at least about me, if not about a new figure in the landscape of strong womanhood.