5 Weird Foods You’ll Only Find in the South

The South is known for its mouthwatering home cooking like fried chicken and BBQ pork which can be found on menus all over the country. However, after living all over the eastern coast I learned that not all of our delicacies are heard of, let alone tried in other areas. I have friends from Florida to Vermont, who have on more than one occasion, given me bizarre stares when describing things we would whip up in the kitchen back home. It seems to be a true test of being a Southerner if some of these recipes are things that make your stomach growl!

If you’re from the South, you probably have no clue what that word is because you would have spelled our next weird food “chit-lins.” Chitterlings are pork intestines usually boiled or fried and served with greens. Add a little hot sauce and a slice of cornbread, and you’ve got a true southern delicacy!

If you weren’t raised in the Bible Belt chances are you’ve never had any of the aforementioned delicacies. I imagine these were all popular meals because the meat was plentiful and easy to catch! All three can be cooked just like a chicken leg. Soak the cleaned meat overnight in buttermilk with your preferred seasonings, coat with flour and fry those babies up! Make sure to take the nerve out if you decide to try frog legs, or they’ll hop right out of the pan! Once you’ve cooked them, add a little hot sauce to top ‘em off! 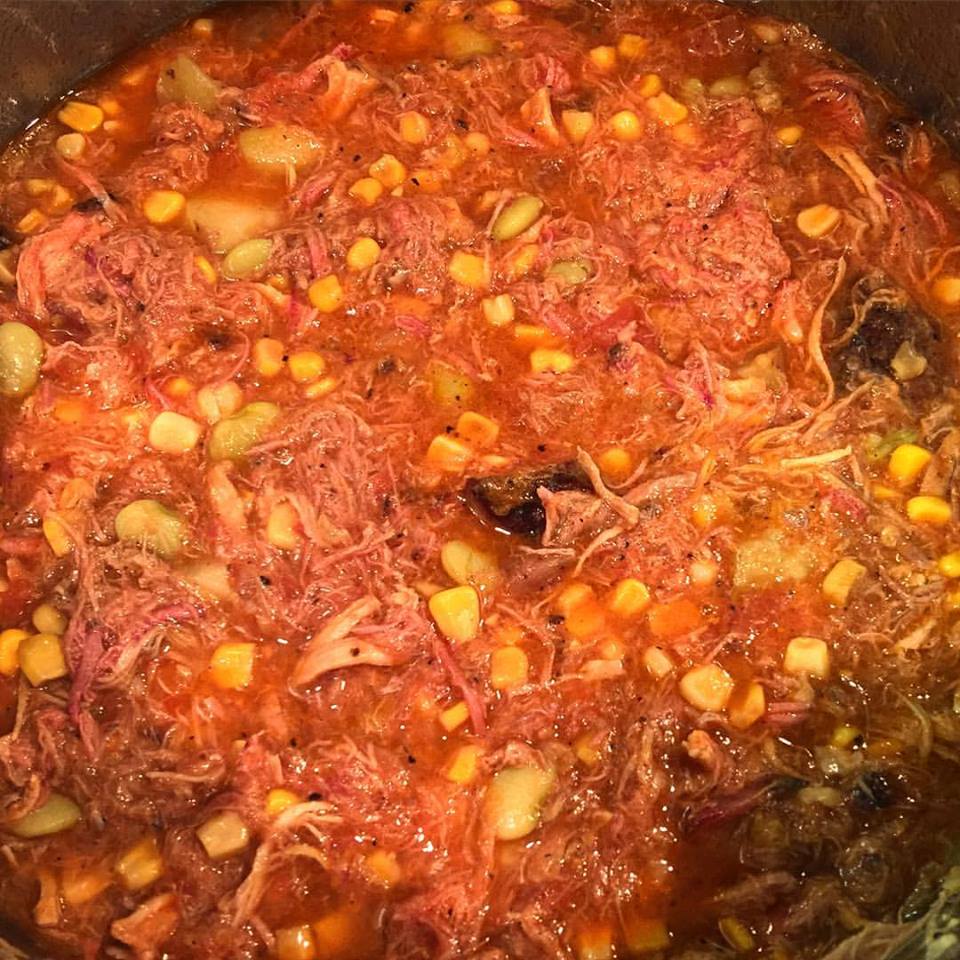 Why anyone could possibly think this dish is weird just baffles me. Mary Prince, one of our good friends, made this for us last fall and it was to die for! She took a smoked pork butt and cut it up into bite-sized pieces. Then threw it in a large pot with some chopped onions, diced tomatoes, sweet corn and whole kernel corn. The pot simmered for a few hours, then she salted to taste. Last, she added diced potatoes and peas and let it simmer until potatoes are soft. My goodness, it was amazing!

It’s no secret that anyone down here loves the delicious tomato. We bake it in pies, we make a sandwich with it, and in true Southern fashion we fry it! To make them, get a few unripe tomatoes, dip them in egg, then cornmeal and throw ‘em in the skillet. Fried green tomatoes are more than just a movie around here, they’re a staple on every southern menu.

I can see my Nana now standing in the kitchen early Thanksgiving morning in her nightgown prepping the feast we would have later that afternoon. And the one thing she would never let anyone else make was the giblet gravy because she claims hers is the best ever! This gravy is pretty simple, just take some turkey drippings and add a little water and flour to make creamy. Throw in diced onion and celery and let simmer, salt and pepper to taste.  Last, you’ll add in a little turkey meat and some boiled egg.  Let it cook until you can’t stand not to eat it anymore!