Posted on September 3, 2020 in News, The Right Blend Blog

If you’ve ever been to the South, especially to a coastal community like Liberty County, you will have discovered that fresh seafood is more than just a menu item—it’s a way of life. Crabbing, fishing and shrimping are not only favorite pastimes around here but also a major influence on the foods we eat, as well as how we prepare and share those delectable bites. Nothing says Southern quite like a big ole steaming pot of low country boil—it’s definitely not a meal to pass up on any time you’re offered! We put our native knowledge to use and came up with some helpful tips and tricks we have used along the way to make the perfect low country boil complete with Georgia blue crabs.

#1 – So, the first thing on your list will be crabs! If you’ve never been crabbing before we definitely recommend going out with someone who has lots of experience. It seems like a no-brainer task, right? You throw one of those colorful little baskets in the water and voila! Crabs run in and you’re all set! Um yeah, no, not quite. First you have to have the basket yes, next you need bait. We used uncooked, raw chicken. That gets put in the bait well of the basket, then you have to “sew” the basket up if you don’t have one of the fancy new ones. And then you have to find a place to throw them out (with proper licensing and following rules/regs if you’re doing it in open water). And then the timing…very important. It’s best to put them out at mid-tide, outgoing or low incoming (not at high tide basically). And then LEAVE THEM ALONE! 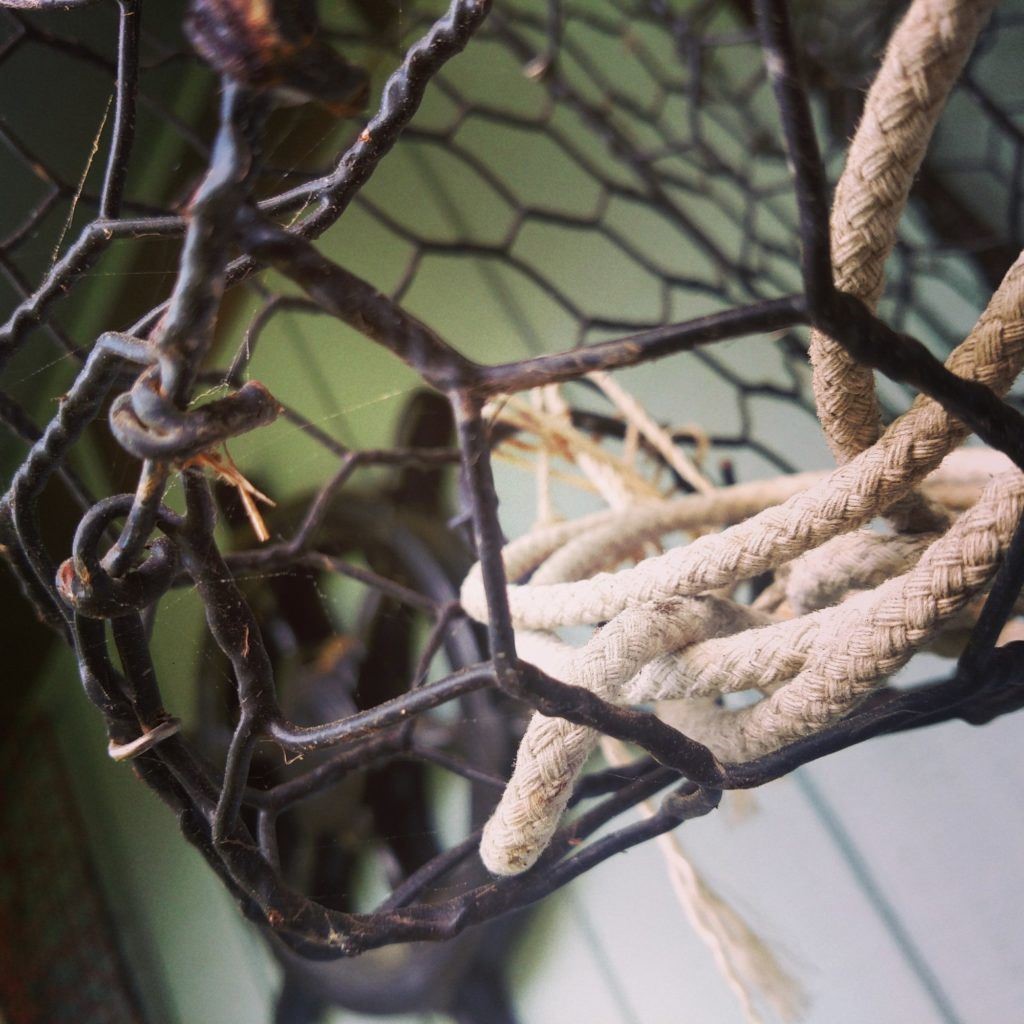 #2 – If you want a good haul, it’s really important that you don’t mess with the traps! Pulling them up every 10 minutes or even every couple of hours will net you a smaller catch. The science to crab trapping includes the trap becoming part of the landscape for the crabs. They are attracted by your bait and the tides that sweep them along make sure that they are carried to your traps. Waiting for the traps will seem like the longest wait ever but it’s so completely worth it! You’ll want to wait about 24 hours before pulling your traps up. But be careful because those little buggers are vicious! Make sure you either have thick gloves or a “crab grabber” which is a real tool that you can buy. It is hot, sweaty and potentially dangerous work (while little, a crab claw pinch really hurts!) to get them out of the traps and into your bucket for cooking. And while they are in the bucket, prior to cooking, it is important to keep them either in water or sprayed down.

#3 – Start your water in a low country boil pot with a burner. This is all done outside in case you are unaware. We added the following to the water for seasoning: salt, pepper and Old Bay (really a staple in coastal Georgia). The pot should be filled to leave about 5 inches clearance at the top so that when you add the food items it doesn’t overflow. It needs to come to a rolling boil. And then get your food ready! Like any good Low Country Boil, we used fresh corn, red skinned potatoes and onions. Everything was washed and cut if necessary.

#4 – Onions are dropped in the pot! Remember the water must be at a rolling boil. Keeping the pot lid on helps keep the heat inside as well. For us the onions were more about seasoning the water than our actual intent to eat them. We left the onions in for about 20 minutes before adding anything else. Then we added the corn and potatoes. The potatoes are going to take the longest to cook other than the crab. We let the potatoes cook a good 20 minutes and then added the sausage.

#5 – The crabs are going in! Now this part is a little interesting because they are still alive. You’re about to drop them in boiling water. They are going to die immediately. If you’re tenderhearted this is not the task you want to undertake. The crabs need to stay boiling for at least 20 minutes. The water should return to a boil after you dump them in, with the lid on and then boil for a solid 20 minutes. 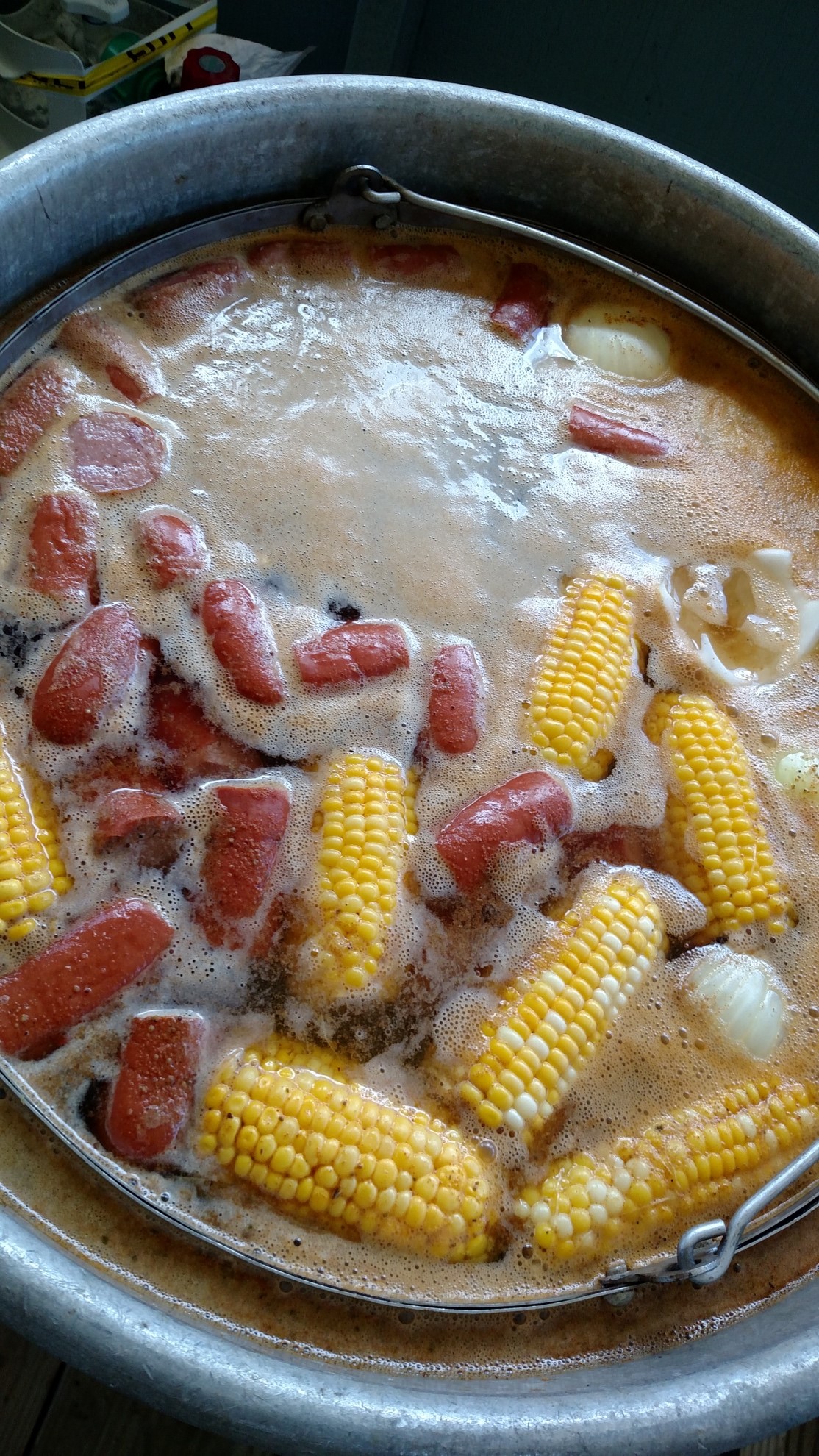 #6 – The last 2-4 minutes you add the shrimp. We of course used Georgia White Shrimp! Yummy! Shrimp are “done” when they turn pink. We did not remove the shells before cooking. Important to note is that if you cook shrimp too long the shells become very difficult to remove & the shrimp are tough.

#7 – Pull the basket! Low Country Boil pots have a basket inside where the food is placed so you’re not actually having to haul that huge pot to the table. Most people will lay out cardboard boxes to catch the extra juices and that’s what you will be dumping the basket out on.

Now the fun parts begin. Of course, most of the food is right there so you can pick it up off the pile and enjoy, but the shrimp and crab require a little more work. If you’ve never peeled a shrimp before, here’s the trick: grip the tail, squeeze lightly and slide the shell forward with your other hand.

#8 – The crabs are not so easy. “De-backing” a crab is some work. First you have to literally pry the back off with your hands. From there you discard the back (some people keep them and use them for deviled crab). Then you have to remove what is called the “Dead Man’s Fingers” or the crab’s lungs. Then you get the joy of scraping the inside of the crab out, as again, you don’t want to eat that. We rinsed the crabs after de-backing them in cold water just to rinse any final goo away, then we put them back in the basket and into the pot of still really hot water. This gives them one final rinse and also adds flavor to the inside. Only for a minute or two though! 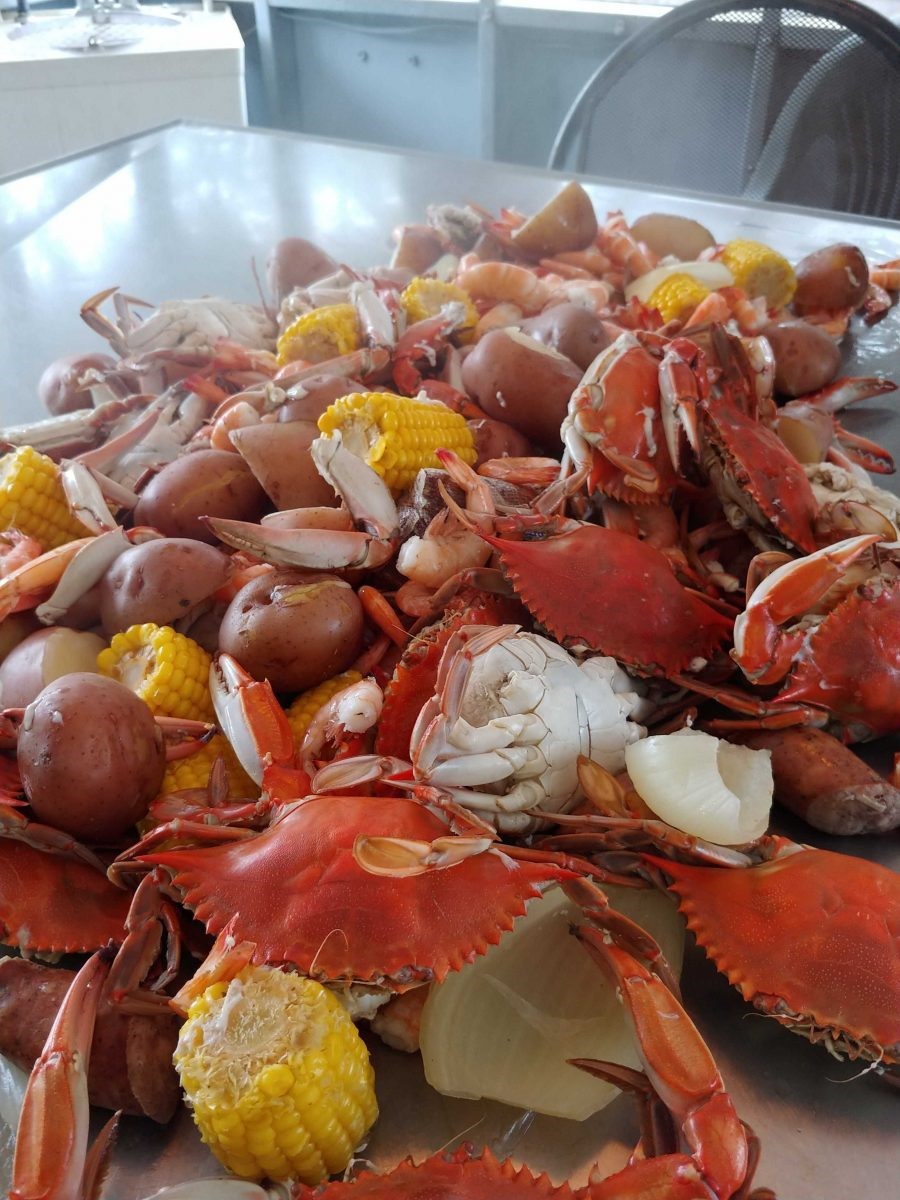 We hope that you have enjoyed your first Low Country Boil. Want another first? Try a holiday oyster roast with our guide here!