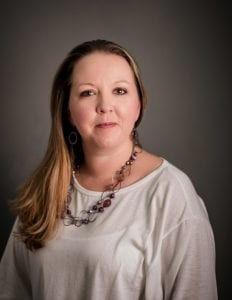 Last week I started part of an installment of 3 blogs all focused on the old shell game con. Just to rehash…..you know the old game, you’ve probably seen it depicted in movies if you’ve never actually seen it in person. There’s typically 3 cups, sometimes 2, with a ball, nutshell, something under that gets moved around erratically hoping to catch you unaware in your betting of where the ball has ended up. I feel like in today’s world we are all just playing a big shell game. One of the definitions I found for the game actually calls it a “confidence trick used to perpetuate fraud. A short-con because it is quick and easy to pull off.” This seemed to fit overwhelmingly with what I have observed of late.

In this installment we’re gonna examine the shell game that the internet has become. It’s so hard these days to know what websites to trust, who is actually telling the truth and what “reliable” info sources are actually valid. And then you have to add in what people use these websites for, which in some instances is decision making that affects the lives of everyone around you.

In the past 4 years Liberty County/Hinesville has earned the following “honors” from a website called NerdWallet.

And in the opposite outlook we were named the drunkest city in Georgia in 2016 by 247wallst.com, which is a story the Savannah Morning News picked up and ran! Because if it bleeds, it leads and the shell game starts.

And we weren’t named in the list as a top city in Georgia for young families in 2015, which made my wheels start turning, and I started watching both hands of this trickster and doing some research.

The “study”, and I use that term very loosely, is not statistically accurate, especially without verifiable data sources and a true comparison. Websites like NerdWallet use these to drive people to their website so that they can get click thrus on the links that are going to pay. We always compare ourselves to places like Statesboro and Columbus but note that on this particular study those cities are 97 and 100 to our 41, Jesup beat them both at #90.

Some other things I noted about this particular “study” and the website that created it:

So the shell game in full force on just two supposedly “reputable” websites that claim they are qualified to rank cities/counties. I will say that in spite of their tactics that their items of emphasis (workforce, education and family oriented events) are all heavily referenced in other publications as the main ingredients to a successful community, however, it’s the shell game they play with a lack of reputable data sources that makes me confused and bamboozled. You have to admit though they have an excellent marketing tactic down, they just don’t try to confuse people with the facts when they can “create” them from nothing.