Daughters of the American Colonists Welcoming a New Generation

Celebrating 60 years this year, the Midway Museum is Georgia’s only colonial museum. The house is a reproduction of an 18th-century plantation home that was built along Highway 17, a once-bustling highway between Savannah and Brunswick.

Many of the original furnishings, documents, clothing and artifacts from that period are housed throughout the museum meant to preserve the history of Saint John’s Parish. In 1777, St. John’s Parish, St. Andrew’s Parish and St. James’ Parish combined to become Liberty County. Because St. John’s Parish was the first in Georgia to vote for liberty, the new county created was given the name Liberty. Dr. Lyman Hall and Button Gwinnett, two of the three signers of the Declaration of Independence from Georgia, were also members of the original Midway settlement.

The Midway Museum is also home to the Daughters of the American Colonists (DAC). The members of this organization are descendants of a man or woman who rendered patriotic or civil service to the American Colonies prior to 4 July 1776. The Saint John’s Parish chapter of the DAC was chartered on May 16, 1940, with Mrs. Helen Williams Coxen as the organizing regent and a total of 50 charter members. The membership has fluctuated, and in 2012, had reached over 100 women meeting annually at least four times to preserve their ties to each other and their descendants. 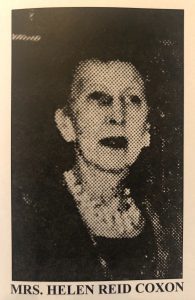 Membership in the National Society Daughters of the American Colonists (NSDAC) is by invitation only and applicants must be of good moral character, be 18 years old and receive a written endorsement from two other members in good standing with the DAC.

The women of the DAC work to research and record the history of the American colonists, which is how they became involved with the Midway Museum. The museum was built in 1959 on the site of the old Mount Vernon Inn with funds raised by the Saint John’s Parish DAC chapter members and matched by then-Governor of Georgia, Marvin Griffin, with State funds.

It was originally furnished and operated by the members of the DAC before the state took it over in the 1970s. Due to the tireless efforts of the chapter members, the museum was returned to the Saint John’s Parish chapter of the Daughters of the American Colonists on March 15, 1979. It currently operates under a Board of Directors, staffed by volunteers and funded through donors and revenue from tours, special events, the gift shop and event rentals.

Among the noteworthy projects undertaken and continued by the chapter are the operation of the Midway Museum, preservation of the Sunbury Cemetery and the placing of historical markers. The Sunbury Cemetery is the final resting place of several of coastal Georgia’s first settlers and is one of the known locations where soldiers who were killed or died in Sunbury during the Revolutionary War could be buried. The oldest of the remaining markers dates from 1788 and the most recent was placed in 1911.

In August of 2010, the Georgia State Society of the DAC gathered before their annual meeting to dedicate new iron gates at the colonial Sunbury Cemetery. The St. John’s Parish chapter of the DAC has also sponsored the historical markers for Old Sunbury Road, commemorating the dead town of Hardwick on the Ogeechee River in Bryan County, Jones Creek Church and Cemetery and Ft. Frederica on St. Simons Island.

We recently sat down with four women from the St. John’s Parish chapter of the DAC, Beverly Waters, Linda Ryon Poston, Donnie Smith and Barbara Martin in the bottom floor of the museum to discuss the significance of this group. 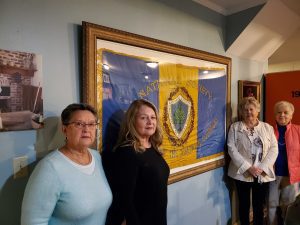 “This is not something that is very exciting to a lot of people,” said Mrs. Waters. However, the joy that these women get when talking about their heritage is something that will inspire anyone to research the origin of their roots.

Although it can be a daunting task to trace your lineage back to the 1700s, the DAC has resources available to assist with the research. One of the most pivotal things this group can do is continue to document their lineage, which they say starts with ensuring their own children and grandchildren complete the necessary paperwork to prove that they are a direct blood relative of a qualifying individual.

The Daughters of the American Colonists come from a variety of backgrounds and interests, but their bond of having an ancestor who contributed to the welfare of our nation in its infancy is what binds them.

Members of this organization honor the lasting legacy of their ancestors by the preservation of their heritage, promoting patriotism and serving the community in a variety of capacities. As the years go by and the memories become faint, they are encouraging a younger generation of patriots to join this exclusive group. The DAC is growing and changing and there is no better time than now to put in the work to establish a network of contacts around the world and make lifelong friends with like-minded women while preserving the legacy left by our founding fathers.

The Right Blend Blog is written by multiple authors employed by the Liberty County Chamber/CVB.  All content provided on The Right Blend blog is for informational purposes only. The owner of this blog makes no representations as to the accuracy or completeness of any information on this site or found by following any link on this site.