Liberty County has a long and noble history, however, it’s been our experience that most don’t know the amazing people behind that history. In honor of Women’s History Month, we wanted to shine a spotlight on a few of the women who have made our home a great place over the years. We hope that you enjoy our list of 4 inspirational Liberty County women! 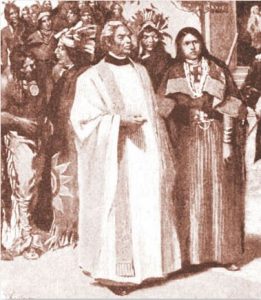 Mary Musgrove was one of the earliest women who paved the way for Liberty County. Her amazing story includes influencing peace between the Creek Indians and the colonists that arrived in the 1700s. Mary’s father was an English trader and her mother was a Creek Indian. Growing up with both cultures as an influence made her into the woman that she was! She spoke English and Musckogee, which allowed her to help her husband with his trading business, and also allowed her to serve as an interpreter to James Oglethorpe. Oglethorpe is the man who established Savannah and the colony of Georgia! Mary spent many years serving both the English and the Creek before she settled on our barrier island, St. Catherines to spend the remaining years of her life. 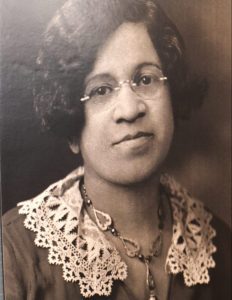 Elizabeth B. Moore was the headmistress at Dorchester Academy from 1925-1932. During her time at Dorchester, she focused on expanding the curriculum and teaching the students how to take pride in their accomplishments. Many people know of the successful leaders that visited Dorchester Academy, such as Martin Luther King Jr., but they don’t know about the people who laid the foundations of it. Elizabeth was one of them. She taught the children about art appreciation, increased physical activity time, improved the music department and added a science department. Elizabeth led Dorchester Academy to great success, and the students were lucky to have such a fearless leader!

If you travel to the west end of our county, you’ll find a little town called Walthourville. Located here is a historical marker that says, “organized by women, supported by men.” This is because it was one of the first cities in Georgia to have female leaders! When the town was founded, Governor Jimmy Carter appointed a mayor and council, and they were all women. The council was headed by Lyndol Anderson, the first female mayor in Liberty County. After being sworn into office in 1974, Anderson was committed to making Walthourville a better place for all. She donated her monthly pay back to the city and it was able to provide the citizens with running water! 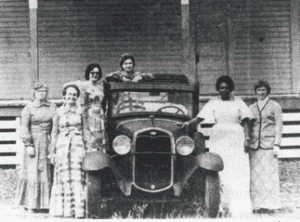 Carrie Kent Brown was the first African American female to become mayor in the whole state of Georgia! She was a member of the Walthourville all female city council for four years before deciding to run for mayor, an office she successfully held for 24 years! During her time in office, she raised a family, was a devoted member of a church and never stopped continuing to improve the lives of the citizens of the city. She continuously educated herself and made it a better place for all who lived there!

All four of these women are the definition of trailblazers. They impacted and changed many lives for the better. We are #LibertyCountyProud that they represented us and paved the way – not just this month because it’s Women’s History Month, but every single day we celebrate the contributions and sacrifices of these and so many countless others!