Getting to Know Your Way Around Liberty County

We’ve just realized that even locals may not realize that Liberty County is made up of seven cities. One of only 3 counties in Georgia not to be named after a person or group of people, Liberty was named for the quality of liberty, having declared its independence from England before anyone else in the state. The formation of the county is fun to read about, with the start of an organized society and the history that followed. We hope you enjoy reading about our seven cities & what makes each unique & special!

Located on the east side of Liberty County, Midway is home to Dorchester Academy which is one of only 11 stops in Georgia on the U.S Civil Rights Trail. Midway is also home to Cay Creek Wetlands Interpretative Center. Which is rich in biological diversity, and houses a variety of trees, flowers, birds, mammals, reptiles, amphibians and insects, Cay Creek is a great place to take your fur friends for a Saturday stroll! There are multiple interpretive signs that go into detail about the wildlife, and the trail takes you through the wetlands to a 15-foot observation tower for a bird’s eye view of the surrounding area! Midway’s most recent claim to fame is a visit by American talk show host, television producer, actress, author & philanthropist Oprah Winfrey! She was in town for the wrap of her upcoming movie, The Color Purple Musical which releases in December 2023.

If you travel to the western end of our county, you will find a quaint town filled with some of the friendliest people around, and you will also find a historical marker that reads, “organized by women, supported by men.” Walthourville is a city of many firsts including some of the first female leaders in the whole state! In 1974, Governor Jimmy Carter appointed a mayor and council for the newly incorporated city and he appointed all women! Lyndol Anderson was sworn into the office of mayor on April 10, 1974, with her councilwomen Faye Booth, Maxine Gaskin, Carrie Kent, Ardith Herbert, Celia Davis and the city clerk Molene Burke. Mayor Anderson donated her monthly payback to the city and focused on improving the lives of the citizens with running water provided by the city! 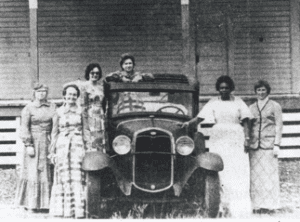 Besides being the current county seat, Hinesville has so much to offer! You can visit the old Liberty County Jail, enjoy shopping at one of the many boutiques, eat some amazing food or visit Bryant Commons, a 150-acre park located in the heart of downtown Hinesville. Former Senator Glenn E. Bryant & his wife Trudy Bryant envisioned a “passive park” for the community to enjoy. Bryant Commons currently features an outdoor amphitheater, a 15-acre pond, Bramble’s playground, Cisco’s dog park & the ITPA museum. 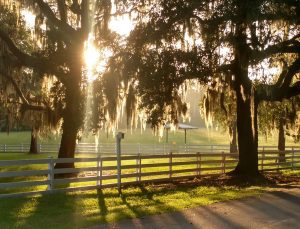 Bryant Commons is a great place to watch the sunrise!

If you drive through Riceboro today you will find a quiet town with one gas station, caution light and scenic dirt roads. As the oldest existing town in Liberty County, Riceboro is also home to one of our favorite community events, Ricefest! Ricefest includes family fun such as a rice cook-off, homecoming dance, live music, a parade and much more!  You can also check out the Historic Baptismal Trail! This educational and beautiful spot can teach everyone a little more about Liberty County’s history. The Historic Baptismal Trail was an active holy place for African Americans of the Geechee community. During the 1840s-1940s this was a path taken to be baptized into the Christian faith. The Historic Baptismal Trail has a boardwalk, picnic tables and interpretive signs that explain the significance of the area. 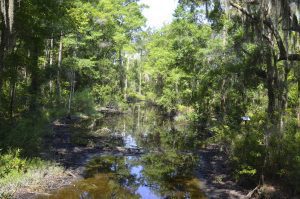 The Historic Baptismal Trail is a peaceful place to visit anytime!

Chartered in 1941 by an act of the legislature of the state of Georgia, Flemington is one of the oldest cities in Liberty County! William Fleming, hoping to make a summer home, surveyed a tract of unsettled land about 10 miles west of Midway. Which he named Gravel Hill but would later become known as Flemington. This summer retreat was developed for the early settlers of Midway. They wanted to establish summer homes in what was called the “pine land” on higher and healthier ground. With a self-guided driving tour that takes you to 12 different historic locations, Flemington is the perfect place to take a Sunday drive. 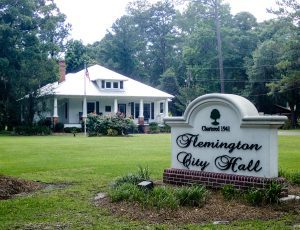 Allenhurst is one of our smallest communities with a population of around 600. This city is located on the west side of the county. Most of its history was impacted by the start of timbering in south Georgia. Ernest Dunlevie & B.H. Allen established the Southern Lumber Company between Hinesville and Walthourville and Allenhurst was born! A community evolved around the mill that was built & was named Allenhurst in honor of B.H. Allen. 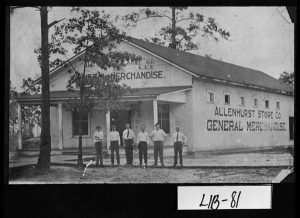 Gumbrach (however you spell it), dates back to at least 1833, when Gum Branch Primitive Baptist Church was founded. In 1996, the Liberty County Historical Society declared the land on which the church stands to be a historical landmark. Now known as the Gum Branch Baptist Church, you can find directions to the historical marker here. Located on the west side of Liberty County the community has a County maintained park, basketball court and walking track. 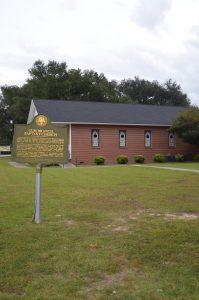 What makes Liberty County special? It’s the people for us! Liberty County is home to Fort Stewart and the 3rd Infantry Division. One of the largest military installations east of the Mississippi River. We have some of the most fascinating folks on the planet right here. Add in our local flavors and a history dating back to the Revolutionary War and you have a recipe for community success! Do you want to know more about this picturesque place we call home? Check out some ways to Live Like a Local!