Though the 15th Amendment declares, “The right of citizens of the United States to vote shall not be denied or abridged by the United States or by any State on account of race, color, or previous condition of servitude,” women were not explicitly named. This led to women pursuing the ratification of an amendment that specifically stated that suffrage could not be denied due to sex.

While Liberty County may not have a direct tie to the passing of the 19th Amendment, we do have the first African American female mayor in Georgia, the first all-female council and are proud to have multiple female members today, all of which wouldn’t have been possible if women couldn’t vote.

Lyndol Anderson was born in 1922 on a farm in Bulloch County. In 1958, she moved with her husband, William Hollis Anderson, to Walthourville. The family opened Anderson’s Groceries which was a small store that carried everything the community needed, from kerosene to animal feed. Anderson was known to support those in need by giving away food and other items for free. The community in returned repaid Andersons’s compassion with love and respect. She was an expert seamstress, cook, and gardener, not to mention a devoted mother and wife. She worked hard for her family and for her community.

Anderson became the first mayor of Walthourville, not only the first female mayor in Georgia, when the town was incorporated in 1974. She worked with an all-female city council to do her best for the people. She lived to be 91 years old and is buried in the Hinesville City Cemetery. 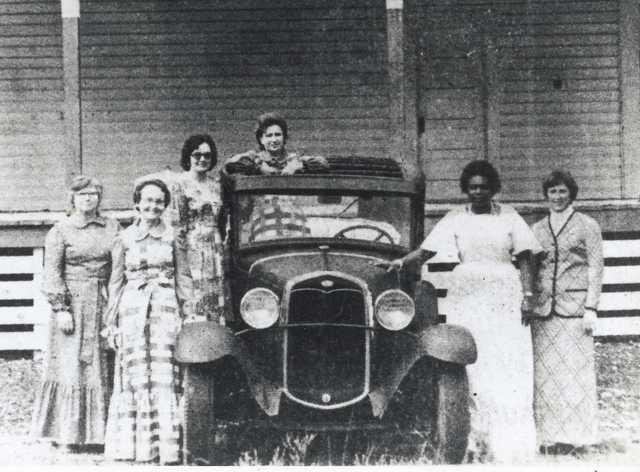 Carrie Kent Brown was one of the members of Lyndol Anderson’s all-female city council, appointed by then-Governor Jimmy Carter. Then, in 1978, she became one of the first African American, female elected mayors in the entire United States. She served for 24 years, starting in a time when two fellow council members had to go home to retrieve their guns for the final vote count on election night. Her strength, determination and tenacity helped her succeed- she refused to believe that her difficult circumstances would keep her down. As mayor, she did her best to improve her community and herself, even driving to Atlanta to see how she could do things better. She was a dedicated public servant and mother, and was devoted to her church. Brown was a true trailblazer, and there is a monument at Walthourville City Hall for the role she played in the town being “organized by women, supported by men.” Brown passed away in 2009.

The passage of the 19th Amendment which permitted women to vote and hold office has shaped Liberty County for nearly half a century. Their dedication and hard work has been an important part of how our community has grown and flourished.