Liberty County is known for many things and producing professional athletes should definitely be added to the list. We like to call them our “hometown superstars.” These are some of the men and women that the whole community rallies behind and comes together to support. They are Liberty County born and raised! Each one has gone on to do great things and make us incredibly proud to call them our own! 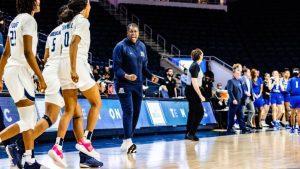 DeLisha Milton-Jones is from Riceboro and started her basketball career at Bradwell Institute. After graduating from Bradwell, she went on to play college basketball at the University of Florida. During her time there she was a first-team All American and was also awarded SEC Player of the Year during her senior season. She then went on to play for 17 years in the Women’s National Basketball Association. During her time in the WNBA, she won 2 championships and two Olympic Gold medals! She is now retired from the WNBA and offers her knowledge, skill and expertise as the head coach of women’s basketball at Old Dominion University. Y’all tune in when ODU women’s basketball has a game and see if you can spot her on the sidelines! We’re also #LibertyCountyProud of DeLisha for just being named as a 2022 inductee of the Women’s Basketball Hall of Fame! 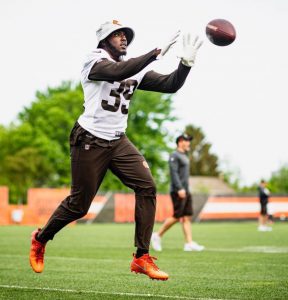 Richard LeCounte III is another standout athlete from Riceboro. He attended Liberty County High School and went on to play college football for the University of Georgia. While at UGA, he appeared in 10 games as a true freshman! He played in 44 games total and a number of posted tackles, pass break ups, interceptions, fumble recoveries and forced fumbles. He missed a couple of games as a senior due to an injury, but was still a prominent key player during his time at UGA! In 2021, he entered the National Football League draft and was chosen by the Cleveland Browns. We cannot wait to see all that he accomplishes in the NFL! Whether you’re a Browns fan or not, next time y’all see one of their games on be sure to show some local support to LeCounte! 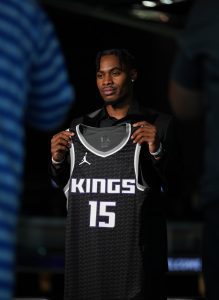 Davion Mitchell is another hooper from Liberty County! He is from Hinesville and went to Liberty County High School. He attended Auburn University for his freshman season before transferring to Baylor University where he would play for the rest of his college career. Mitchell was the 2021 Defensive Player of the Year, All-American and a two-time All-Big 12 honoree! He was a standout player in his time at Baylor, and this allowed him to enter the National Basketball Association draft in 2021 and was a 9th overall pick! He now plays for the Sacramento Kings. Make sure that you catch a Kings game, and cheer on Mitchell all the way from Liberty County!

Make sure to tune into some games and support DeLisha, Richard and Davion. This is a great way to show each of them just how #LibertyCountyProud we are!