Ossabaw Oysters: A Day On The Medway and Bear Rivers 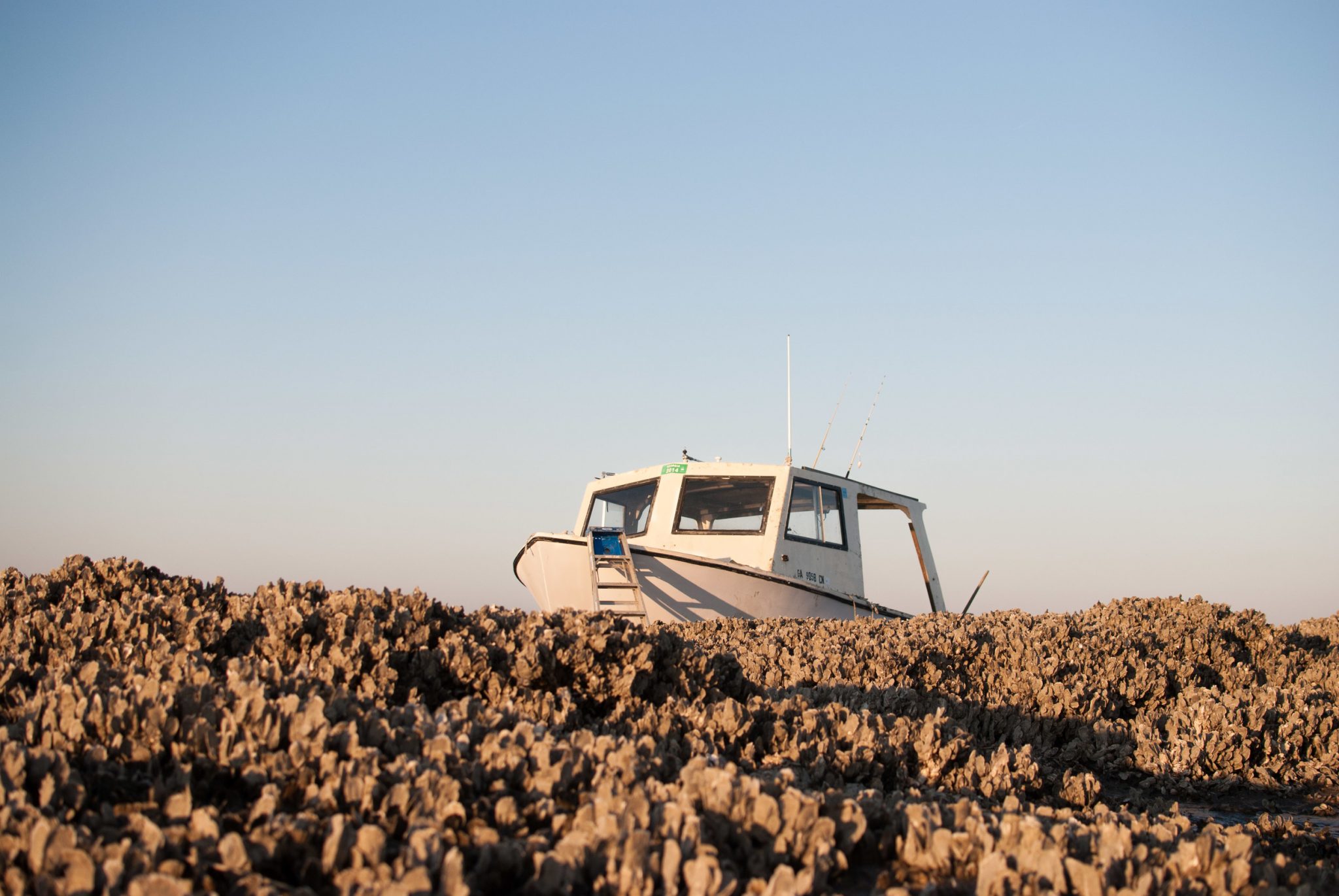 Leaving the dock outside of the Sunbury Crab Company, a grilled shrimp and cold beer eatery perched on the same bluff that in the days before the Civil War served as Georgia’s second busiest port, I spit out the Medway River towards St. Catherine’s Sound. I’m in Joe Maley’s boat. It’s an ex-deep sea vessel from North Carolina that, as recently as the previous day, had been leaking oil. All patched up, it carried Joe, his helper Lester, and I toward Maley’s shellfishing lease, a 500-ish acre tract that encompassed parts of the Medway and Bear Rivers, including the arterial tidal creeks that mark the marsh like veins. At least that’s how they look on maps. Lester checked the engine and made sure we weren’t injecting grease into marsh vessels. We were fine.

This is site where the Ossabaw Oyster Company, a LLC with a full-time staff of one (Joe), sources its oysters and, sometimes, clams. Lester steered the boat around a long sand bar that formed where the Bear and Medway rivers met, joining the Newport River to spill into the St. Catherine’s Sound. He aimed us toward The Head, an oyster mound that Maley had been cultivating for years.

Low tide was set this January day for 3 p.m. We were going to be locked in, Joe warned; we’d have to wait for the tide to come back in, which might take until 6 p.m. To reach The Head, we had to leave at 10 a.m., motor for about an hour, and arrive at the location when only a few square feet of oysters had emerged out of the water.  In another hour, the full crown of The Head would appear. And by 3 p.m., a 200-yard mud flat, traversed only by oystercatchers and gulls, wrapped The Head fully, leaving three humans and one boat stranded. If we’d tried to step out into the muck, we’d be thigh deep in mud in a few steps, if we could even make it that far.

But we had a cooler of oranges and ham sandwiches, and Lester had a box to sit on and cull through wild oysters, chipping off unworthy bivalves with a steel spike. We were set for the day. There are worse places to be locked into for hours. Far worse. As Joe said, we had the best corner office view there is. Ossabaw Island is quite close, and the tip of St. Catherine’s isn’t far off. The Atlantic Ocean began between the tips of those two islands, on the far end of the sound. The world just kind of dips off out there. Behind us, as the sun set, the marsh hens began their clapping. Get out of here, they said. Our turn. Worse places. 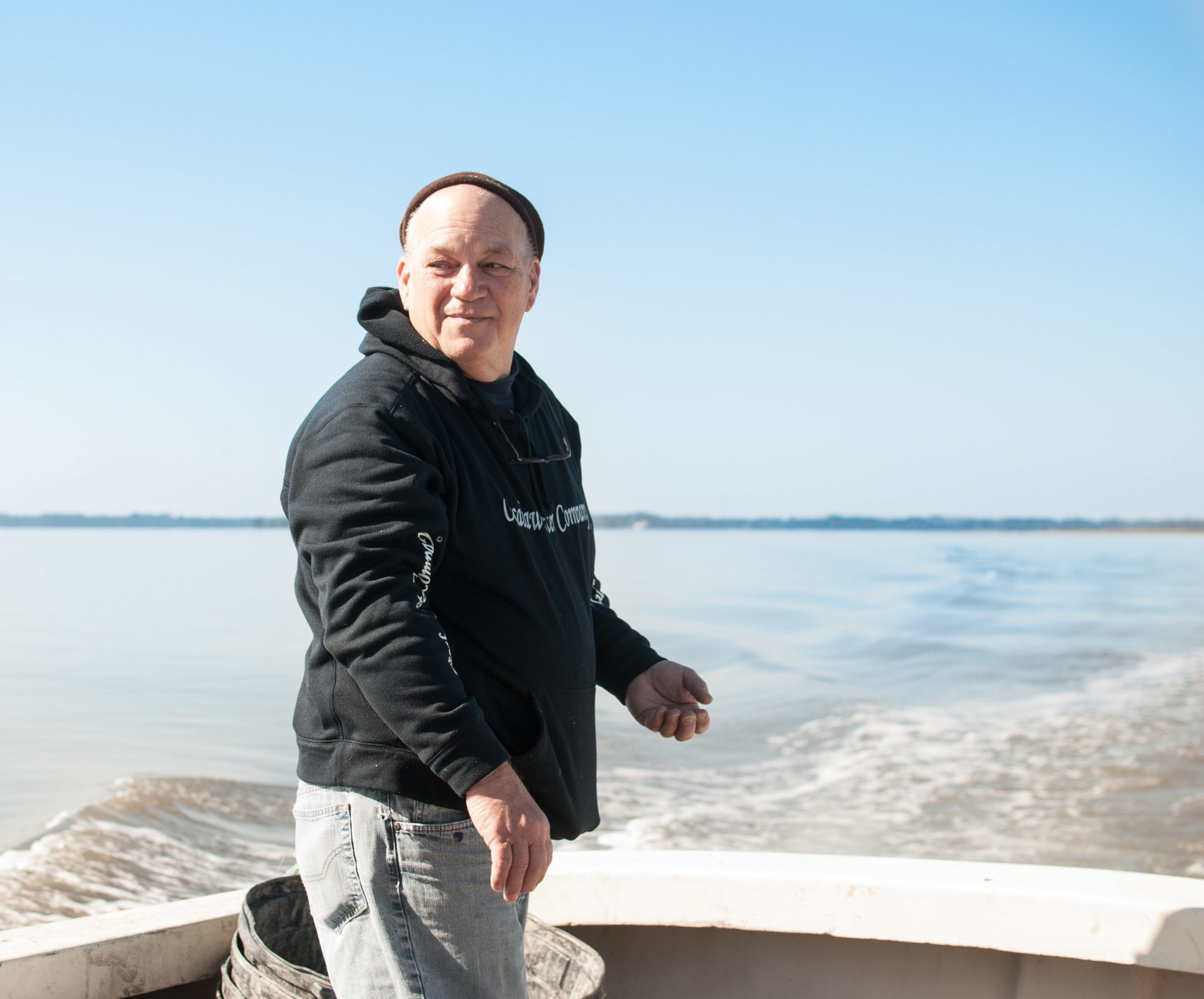 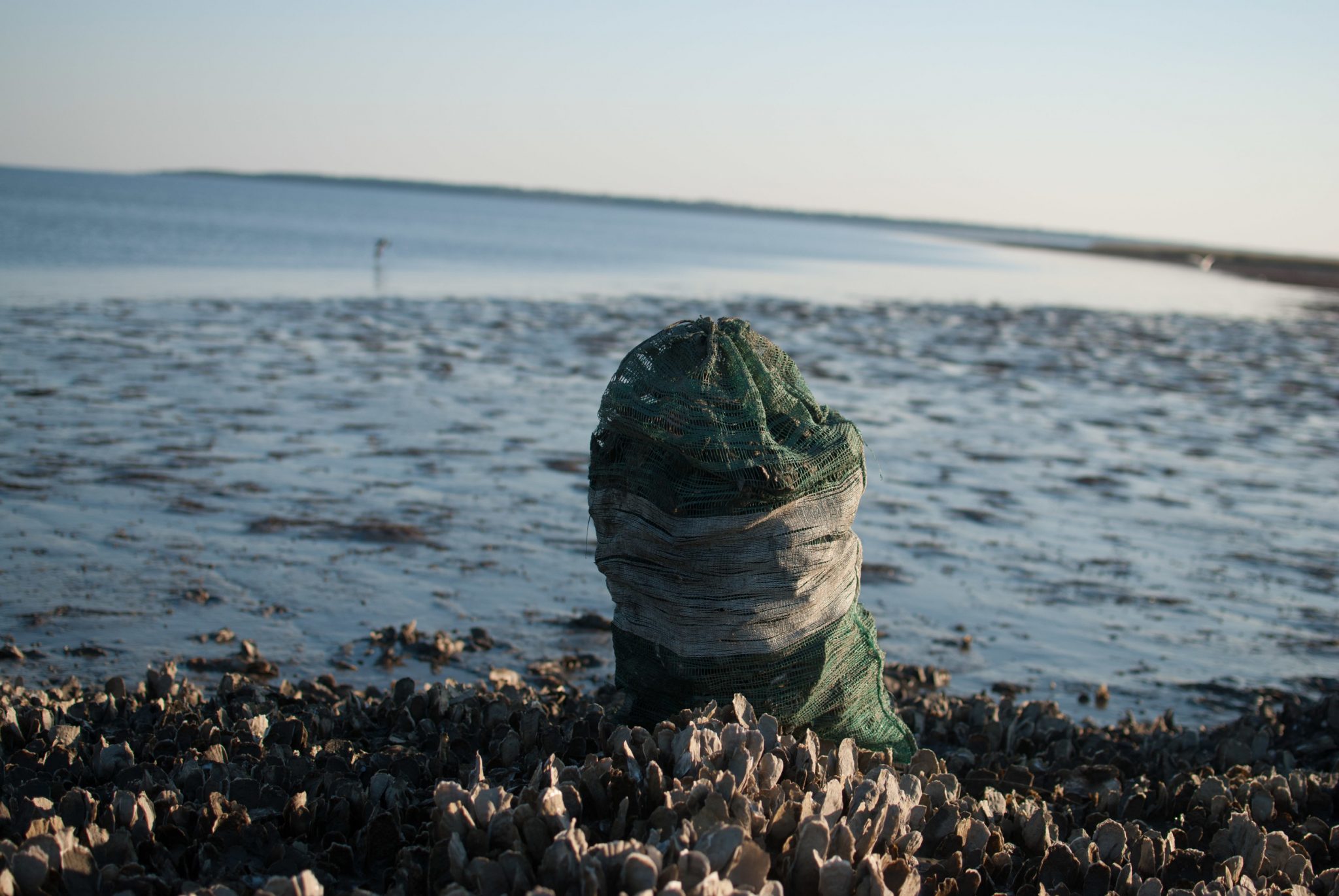 This article was written by Andre’ Gallant.