If you’ve ever been to Dorchester Academy you might have had the opportunity to have Deborah Robinson give you a tour. It was over a year ago that I first heard from Ms. Robinson, during my visit to the historic school with my Leadership Liberty class. Instantly I could detect she was a school teacher, being the child of a teacher myself. There is just something about the way a teacher, one who genuinely loves to educate others, tells a story. If I remember correctly, I along with a few others missed the end of the tour because we stayed to listen to her speak.

She is a vital member of the historic school’s mission and can tell its story so well you won’t want to leave. Her hope is for the school to continue to grow so generations from now, it’s story can be shared. 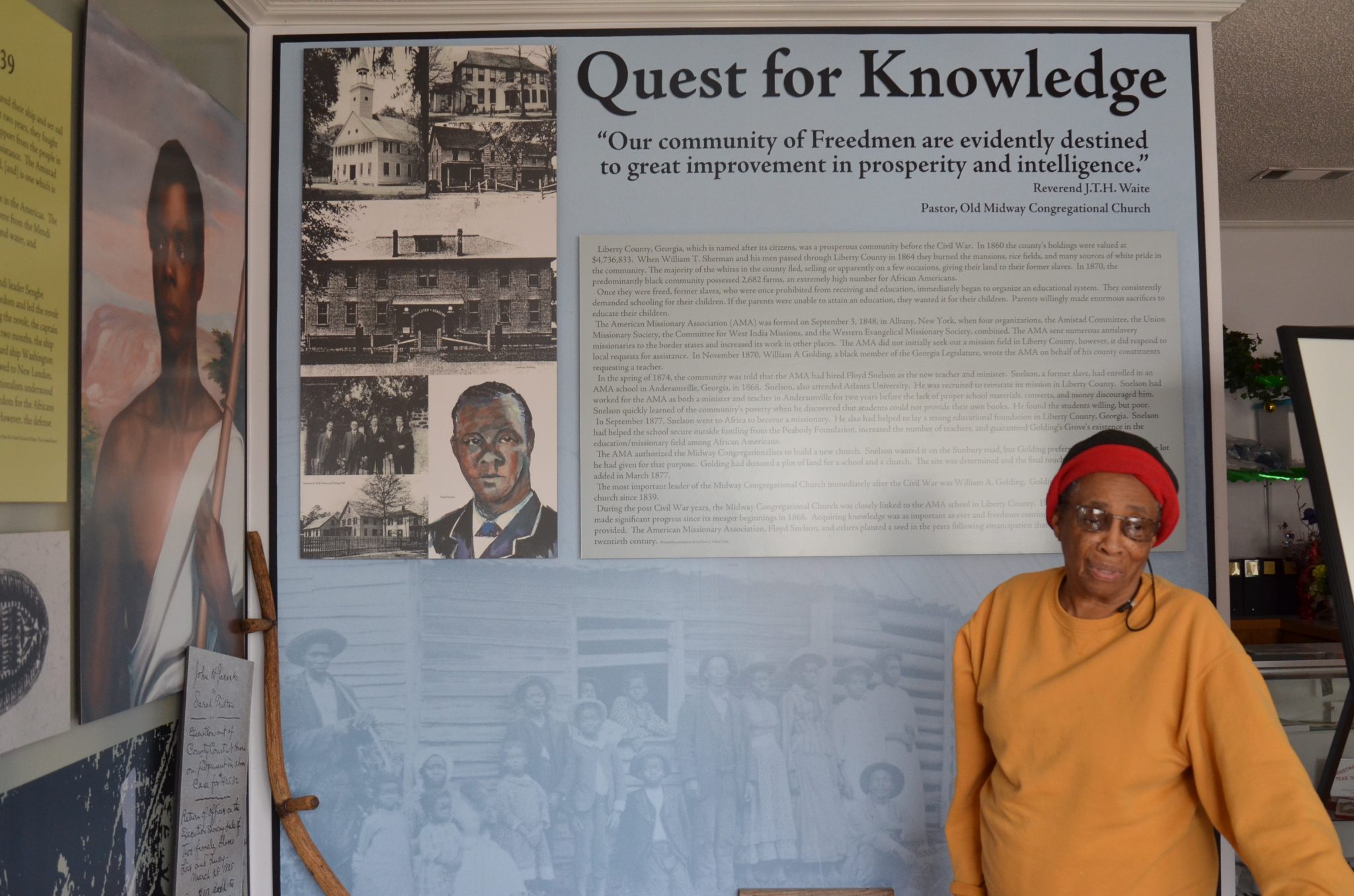 Aside from her role in our community, Ms. Robinson is woman worth meeting. A story teller at heart and lover of Jesus Christ, she sat down with me after her Bible study one Wednesday to tell me her story and how she came to be such an important role at Dorchester Academy.

Her story starts in Boley, Oklahoma, one of the largest African American towns in the early 1900s. Here she lived amongst her family including her grandmother who owned and operated a rooming home & store. Robinson went to school in Boley, learning her sciences, foreign languages and her love: music. It was that love of music she wanted to pursue into college, where her older brother helped her tremendously. He, a soldier in the Army, gave Robinson $1000 that would pay for her first 3 years of education at Dillard University in New Orleans. Her father leased his farm to pay for the remaining year. I’m not quite sure which part of this story baffles me the most, the fact that her brother saw the importance of her education so young, or the fact that 3 years of college only cost $1000.

Making her way to Liberty County…

Following along, she made her way to Liberty County in 1955, after graduating from college with her Bachelor’s degree. Robinson made it to southeast Georgia by train which stopped in Jesup in the wee hours of the morning. Being a few towns over from Hinesville, she was told she’d have to wait several hours at the train station before a bus would arrive to take her. While this wasn’t ideal, Robinson instead was offered a ride along with a baker who would be delivering bread to Fort Stewart before dawn. They drove his route delivering the bread together, and then that gentleman found another stranger who could direct them to Robinson’s employer. That’s right fellow millennials, no Uber or cellphones to help her make her way. She came to Liberty County with the help of kind strangers that were looking out for one another. While this concept might be a little foreign to most of us, I think the sense of community & looking out for each other still stands true in Liberty County today.

Robinson came to Liberty County to be a music teacher for Liberty Elementary & High School, this would later become Liberty Elementary and is now the East End Community Complex. She was a fantastic teacher that still considers her students her children. In addition to teaching music & piano at the school, she organized a superior rated choir that would go on to be top in the state among African American schools performing at Savannah State University. A piano room was added on to her home to allow Robinson to teach lessons to those interested beyond the scope of school curriculum.

While her days were spent with her children at school, she often spent evenings and any free time at Dorchester Academy. The school was in much need of repair by the time of her arrival and she was there to lend a hand where she could, giving the first guided tours to visitors.

At this point in its history, Dorchester Academy was the headquarters for the Citizenship Education Program operated by the Southern Christian Leadership Conference. It was also a time when Civil Rights activist, Dr. Martin Luther King Jr. would visit. Dorchester Academy being a place he could meet with other activists and plan. He was often seen playing kickball in the field next to Dorchester Academy along Hwy 84 or playing basketball in the gymnasium at Liberty Elementary & High School. Word spread quickly when Dr. Martin Luther King Jr. came to town. The opportunity to see him was one many didn’t get to have.

While teaching one day, Robinson was notified that Dr. Martin Luther King Jr. was in fact in town and would be speaking shortly. On this day, Robinson left school to go hear King’s speech at Dorchester Academy. He signed her program & even shook her hand. 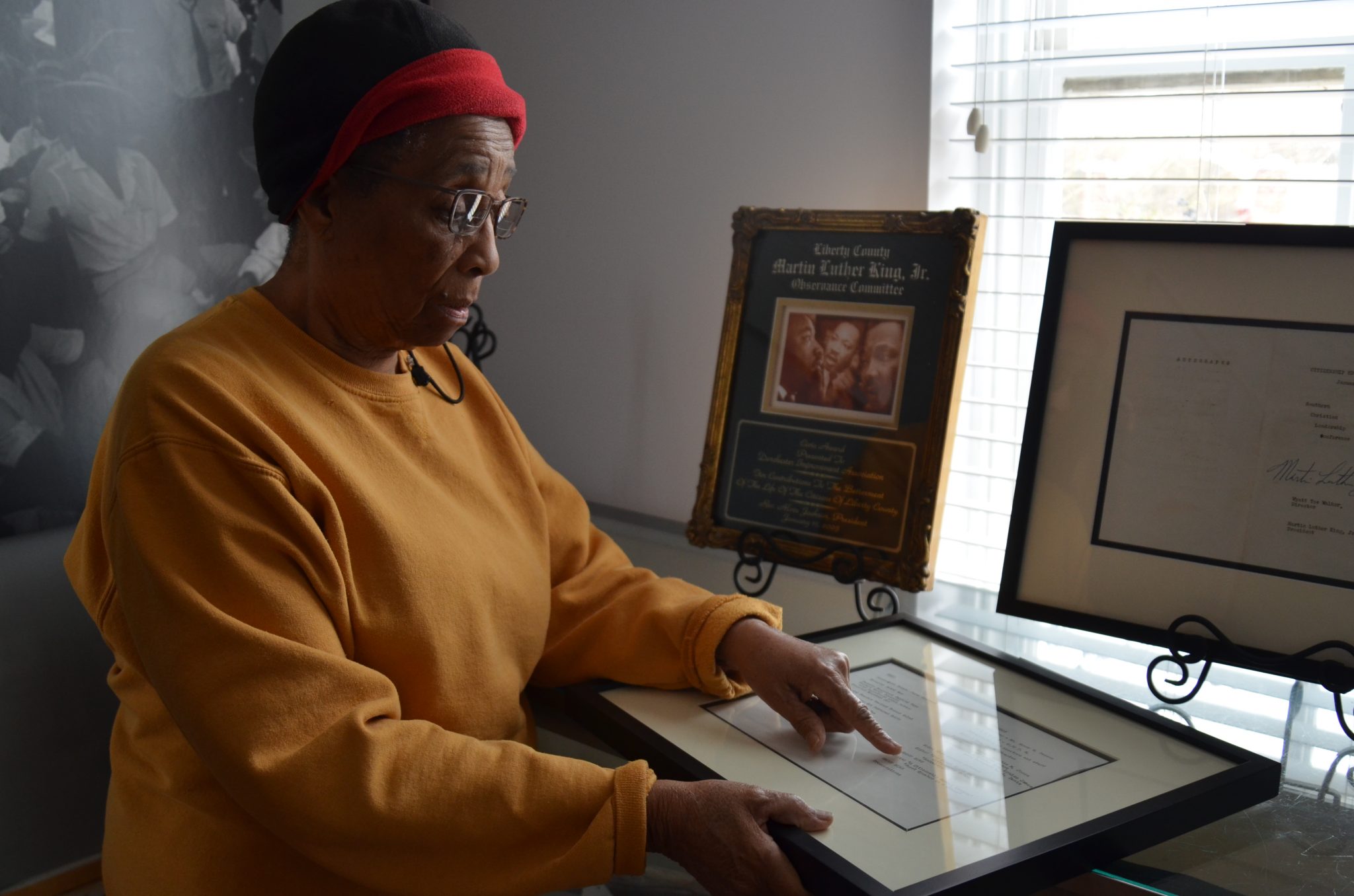 After 9 years, Robinson left Liberty County schools and joined the staff on Fort Stewart as the first teacher of color. She taught music at Diamond Elementary, and was even the designer of the classroom. She later moved to Britton Elementary. Her total time as a teacher on Fort Stewart was 25 years. There she fully embraced the military families and all they brought with them. Her students would put on special events to celebrate the cultures & religions they came from or had visited all over the world. She’d later go on to teach in Iceland for a few years before retiring and returning home to Midway, Georgia.

She still volunteers & gives tours for Dorchester Academy to “keep her mind young.” At 88 years old, I’d say she’s doing pretty well. To my fellow millennials out there, take a second to sit down with someone who has a story to share like Deborah Robinson. I promise you won’t regret it. 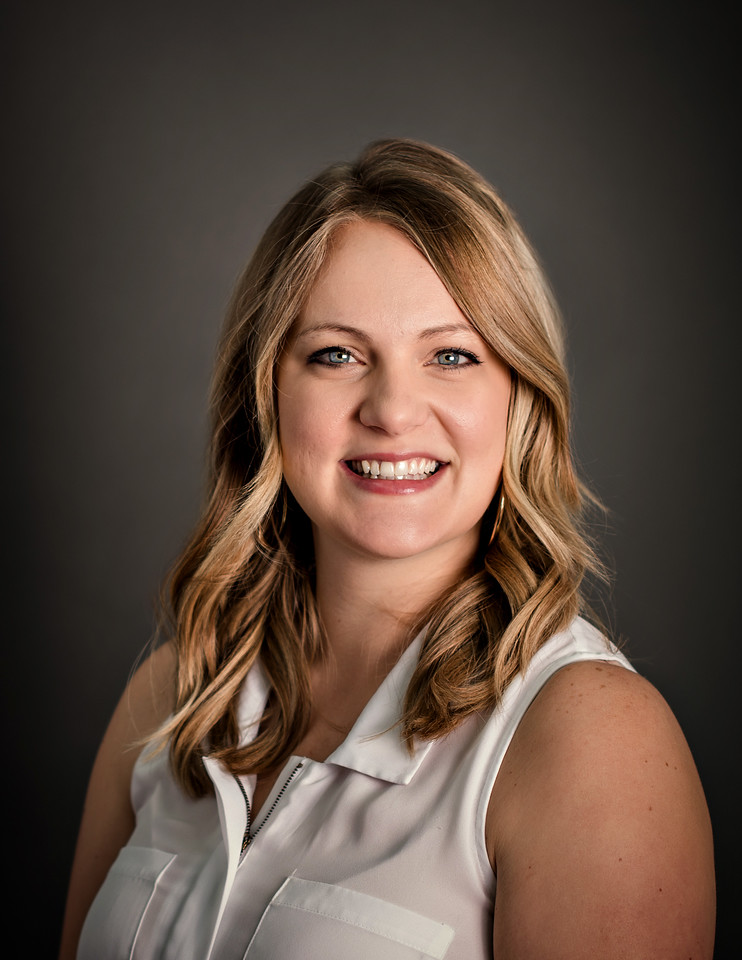