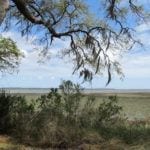 Fort Morris is hosting a special event for National Trails Day, with guided walks about the old fort with a grand vista of the Medway River, salt marsh and St. Catherine’s Sound. The view has changed very little in hundreds of years.  $3 -$4.50 912-884-5999.

Fort Morris was built to defend the former town of Sunbury, which was once a bustling seaport second in Georgia only to Savannah. Fort Morris was used as a coastal fortification during the Revolutionary War. The earthen works were reconstructed during the War of 1812 and were later used as a Civil War Encampment. Bonus: Fort Morris is also part Georgia’s Colonial Coast Birding Trail 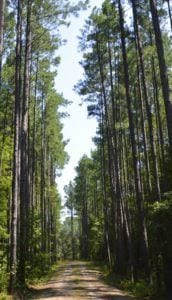 For almost 100 years this site was an active holy place where the ancestors of the local Geechee communities baptized new members into their faith. Oral and written church history from the surviving descendants of the First African Baptist Church indicate that as early as the 1840s this site was used as a place where the ritual Christian baptism was performed by leaders of a congregation of enslaved people. The site features a boardwalk, benches and picnic tables as well as interpretive signage regarding the surrounding natural habitat and the historical significance of the site. It is open to the public for self-guided tours Monday through Saturday, 8:00am to 4:30pm and on Sundays by request. It is owned and operated by the City of Riceboro. 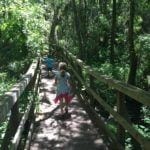 Cay Creek Wetlands Interpretive Center is an excellent example of tidal, freshwater wetlands, which provides a unique opportunity for education and appreciation. The area is rich in diversity- Bay, Cypress, and Oak trees are abundant, as are Palms, Palmettos, and Magnolias. The area provides the habitats for numerous species of animals, including birds, mammals, reptiles, amphibians, and insects. The site features a wheelchair accessible boardwalk that leads through six ecosystems over the water and marsh. Cay Creek is owned and operated by the City of Midway and maintained by Coastal Wildscapes.