With our mild climate & a variety of habitats, Liberty County lends itself as a popular home for birds all year round. If you’ve taken a minute to sit outside, you’ve probably heard the sweet songs of the bird choir and seen the bright splashes of color that are their plumage. As the weather warms, we are all ready to get out and enjoy the Georgia coast! 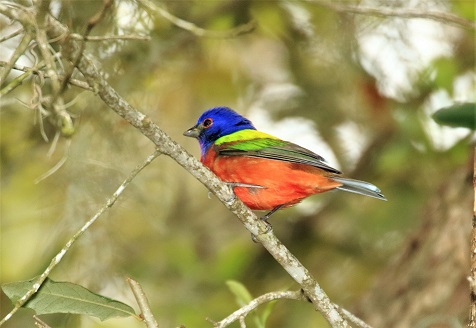 The spring migration will bring the first visitors after their winter vacations in Florida, the Caribbean Islands and Central & South America. Among those first visitors are Painted Buntings. The brilliantly colored songbirds that literally look like the bird has splashes of paint on it are actually the mature males.

Younger males & females are more camouflaged. The females like to build their nests in the Spanish moss of maritime oak forests that are found on the coast. Painted buntings are common in coastal Georgia as the spring and summer habitat suits them. 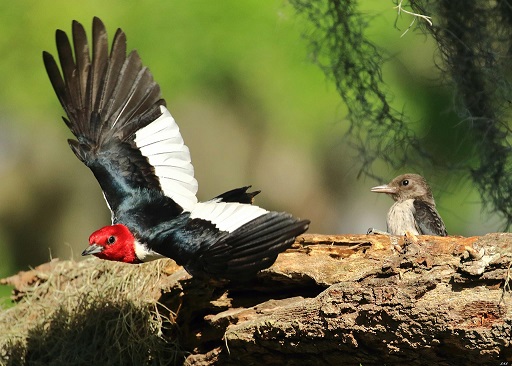 An all year-round resident in Georgia are the Redheaded woodpeckers. These are easy to spot due to their red heads but even easier to hear. Their rhythmic pecking of a tree is often the giveaway one is in the area. Redheaded woodpeckers are omnivorous, dining on earthworms and bugs as well as seeds and berries. These birds prefer open groves or wooded areas, that’s why they are often seen in our neighborhoods. 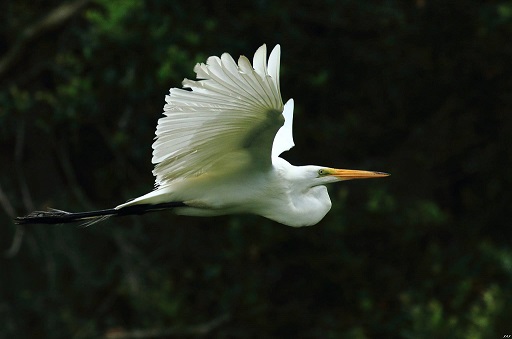 One of our favorite birds is the Great Egret (aka Egret or Great White Heron) who lives in both freshwater and saltwater habitats. They are colonial nesters, typically placing stick nests high in trees and can often be found on islands that are isolated from predators such as raccoons.

Shorebirds like the Great Egret, wood storks and white ibis all love the marshes, swamps, rivers and canals of coastal Georgia making them year-round residents too. They feed off of little fish flowing through these bodies of water. Mature birds have no predators and can live well into their 20s. A cool fact: In 1953, the Great Egret was chosen as the symbol of the National Audubon Society! 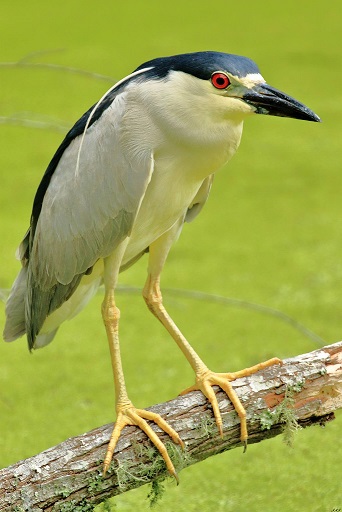 Great blue herons will eat a variety of foods allowing them to live in all kinds of habitats year-round.  You may have seen both species of these feathered friends standing motionless in a ditch or on a dock hunting for their food as they like to dine on fish, frogs, snakes and shellfish. 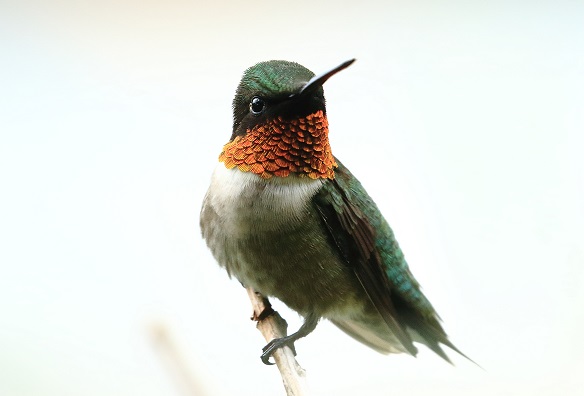 Georgia is home to multiple species of hummingbirds too. The ruby-throated species being the most common. These tiny migrants arrive in Georgia coast in late February or early March and stay until the fall. We love to see the ruby-throated hummingbird flitting around backyard feeders and in gardens. Native plants to the coast like azaleas, honeysuckle and Rose of Sharon are excellent plants to attract hummingbirds. 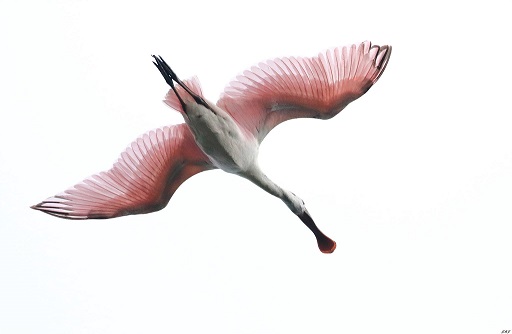 The roseate spoonbill with its pink feathers stands out starkly in our coastal marshes. Like the herons, egrets and storks, spoonbills eat a diet of shellfish and other water animals. While their pink feathers and desire to live in warmer climates might suggest they are a relative to the flamingo, they are actually not.