Not only is Liberty County a beautiful place, but it’s also full of rich history and a number of firsts! We are #LibertyCountyProud of the gems that our county holds, and we want to share those with y’all! We made a list of 15 interesting facts, so that we could share them. Keep scrolling to find out what makes Liberty County so special!

1. Liberty County is 1 of 3 counties out of 159 in the state that is named after a quality and not a person or group of people.

This amazing place that we call home got the name Liberty because we were the first county, St. John’s Parish at the time, in the state to vote for Liberty and become free from British rule! How neat is that?! The other two are Peach & Union. 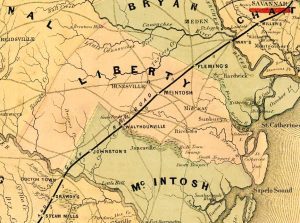 Located in Midway, you can find the World’s Largest Crayon. It is 9ft 8in tall and weighs over 600 pounds! The crayon was built from over 119,000 recycled crayons that came from Liberty County Schools by volunteers for the award-winning program, Keep Liberty Beautiful. 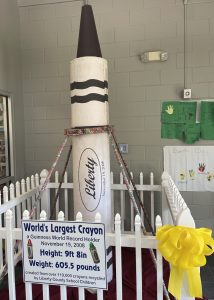 3. Martin Luther King Jr. was a frequent guest at Dorchester Academy during the Civil Rights Movement in the 1960’s!

He enjoyed playing baseball with the kids, and he even wrote parts of his most famous speeches here. Be sure to go tour the bedroom he slept in while he stayed in Liberty County. Give Dorchester Academy a call to schedule a tour and learn why it is one of only 11 stops in Georgia on the U.S. Civil Rights Trail! 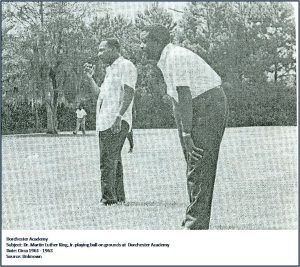 4. Two signers of the Declaration of Independence are from Liberty County – Lyman Hall and Button Gwinnett!

Lyman Hall was also a governor of Georgia from 1783-1784, and while he was born in Connecticut in 1724, he moved to Georgia later in life. Button Gwinnett was born in Gloucestershire, England in 1735 and came to Georgia in 1765! Upon his arrival, he purchased St. Catherines Island! He died in infamy during a duel with Lachlan McIntosh held on the outskirts of Savannah. Both Button Gwinnett and Lyman Hall attended the Midway Church! 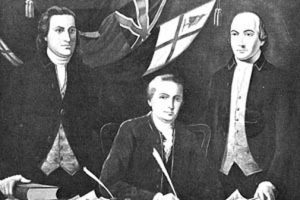 5. Our barrier island, St. Catherines, was home to a Spanish mission built in the late 1500s!

This was the oldest known church in Georgia, and possibly the oldest known church in the United States. The Spanish mission set up with the goal of converting the Native Americans who lived there to Catholicism. “Mission Santa Catalina de Guale on St. Catherines Island was the northernmost outpost in Spanish Florida between 1587 and 1680, and one of the most important Spanish missions in what is now the southeastern United States until 1684. For over a century, Catholic friars and Spanish soldiers lived with Guale Indians on the wooded sand dune and salt marsh island that is part of Georgia’s Sea Islands,” per the National Park Service. 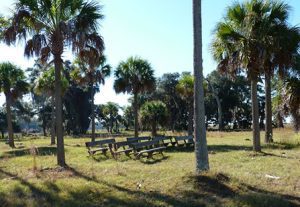 You can find his headstone in the Midway Cemetery! It’s open from sunrise to sunset, 7 days a week. 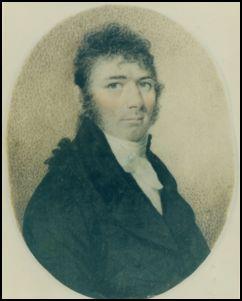 7. The first African American female mayor in the state of Georgia was from Walthourville!

Mayor Carrie Kent was also a member of the state’s first all-woman city council, appointed by then Governor Jimmy Carter. 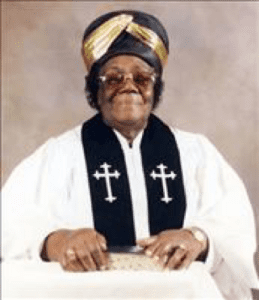 8. The owner of the LifeSavers ® candy, Edward Noble, owned a home and lived on St. Catherines Island! 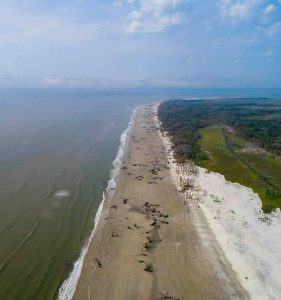 He was the first US president to visit with the First Armored Division. 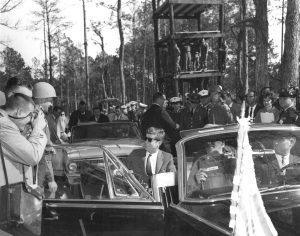 Josephine hatched in 1948, which means she is 74 years old! Great hornbills are native to Southeast Asia and the Indian subcontinent. Their populations have been declining due to habitat loss and poaching. It’s illegal to bring birds into captivity now, but unfortunately in the 1940s zoos did bring in hornbills from the wild and Josephine was brought in for breeding as part of a species survival plan (video and information courtesy of Jaynie Gaskin and the Georgia Southern Sea Turtle Program).

11. Liberty County’s barrier island, St. Catherines is one of only 2 places in the world that Ring- tailed lemurs inhabit.

The only other place that you can find them is the island of Madagascar! 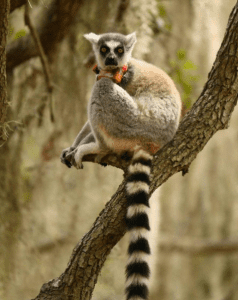 12. The Fort Morris site was originally a Guale Indian village, closely tied to the settlements and Spanish missions on nearby St. Catherines Island. It was here, on February 21, 1734, that General James Oglethorpe, founder of Georgia, held the first Masonic meeting in the new British colony.

The lodge, which traces its beginning to that important meeting was, “The Lodge at Savannah in ye province of Georgia” now known as Solomon’s Lodge No. 1, F. & A.M., the oldest continuously operating English constituted lodge in the western hemisphere. A tree once marked the meeting spot, but it was struck by lightning during a storm. It was replaced with a beautiful monument! 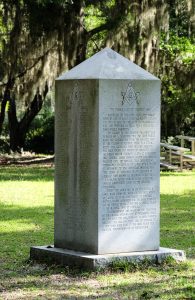 13. The old port at Sunbury was a deeper natural seaport than what exists today in Savannah. 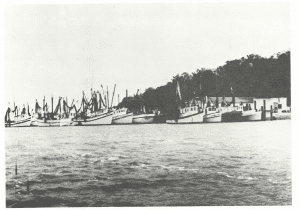 14. Fort Morris State Historic Site is operated by the Georgia Department of Natural Resources and is Georgia’s only Revolutionary Historic Site with earthworks! 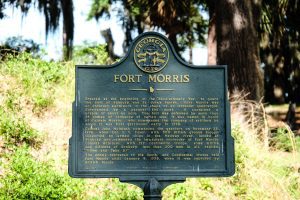 15. The LeConte pear was named after John Eatton LeConte who introduced it to Georgia in 1856.

“The history of the Southern pear industry began with the introduction of the LeConte Pear tree into Thomasville in the early 1870s. At one time, it was conservatively stated there were at least 200,000 trees in Thomas County. Great prices were received, the growers in those days getting from $3 to $7 per bushel. The LeConte and Kieffer pear industry extended from Thomas County all along South Georgia to include Liberty County,” an interview with Leander Lewis Varnedoe, April 16, 1882. The LeConte Pear was hybridized by Major LeConte, who sent a seedling to his niece Jane LeConte Harden in Riceboro. 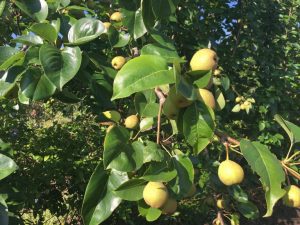 This is nowhere close to all of the things that makes Liberty County such an awesome place. In order to learn more, y’all will have to come #ExploreLiberty and find them for yourselves. What are you waiting for?!