The Dorchester Village Civic Center is located in the Old Dorchester Consolidated School, a picturesque old brick schoolhouse located in the coastal part of Liberty County approximately 16 miles from Hinesville. Containing 7,400 square feet which includes a large auditorium, five classrooms, and a full kitchen it is available for rental for occasions such as banquets, weddings and/or receptions, family reunions, business and club meetings, birthday parties, conferences, and various other events. 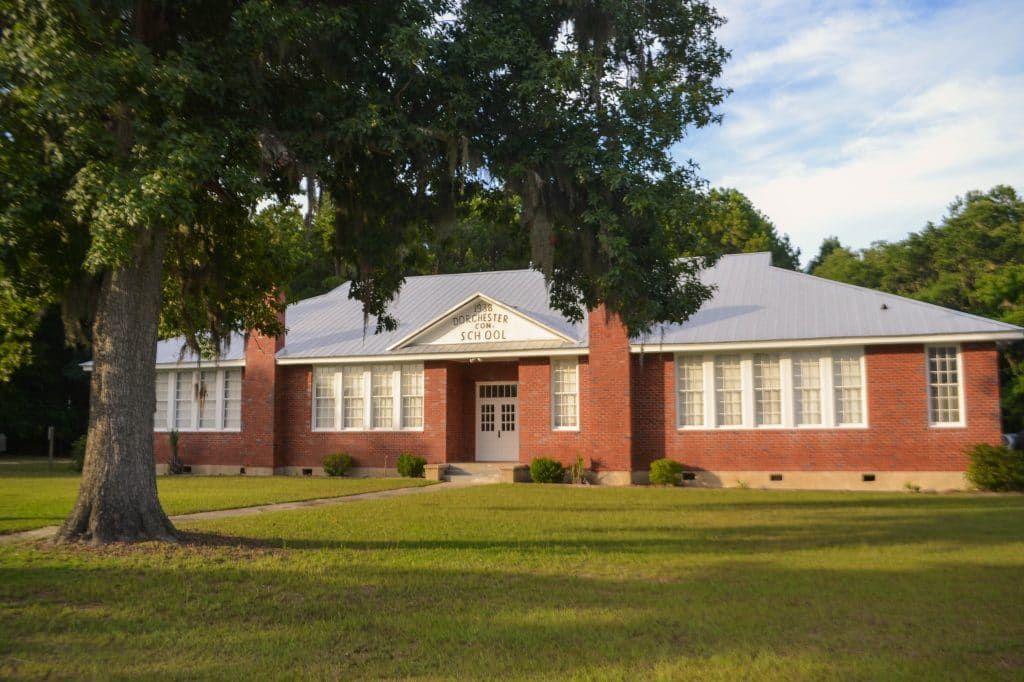 The schoolhouse, originally built in 1927, consolidated the schools at Sunbury, Colonel’s Island, Riceboro and Jackson Chapel. That building burned and the school was rebuilt in 1938. It served grades one through seven until 1951, when it was closed. On February 4, 1958, the Liberty County Board of Education sold the property for $10 to the nonprofit Dorchester Civic Center, Inc. Over the years the building fell into a state of disrepair and was closed due to the hazardous conditions.

In 2008, Dorchester Civic Center, Inc. reactivated and began an effort to restore the historic building so it could again become a vital part of the community. The renovation was completed in 2010.

Dorchester is conveniently located on the Georgia coast approximately forty minutes south of Savannah, Georgia and about an hour and thirty minutes north of Jacksonville, Florida.

-All information is courtesy of Dorchester Village Civic Center