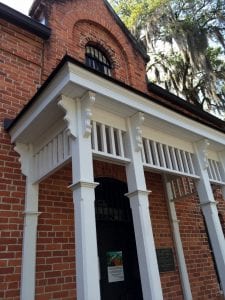 In October 1892 the brick jail was completed on what was at that time the south end of Hinesville and replaced a one story wood jail. The site and date of construction of the first jail are unknown. The architect is unknown but the contractor was a man by the name of Mr. Parkhill. The architecture of the jail is typical of penal facilities of that time period in towns of similar size in the southeast.

The jail was used until 1970, when a new regional prison facility was completed. The jail was auctioned off and purchased by the Liberty County Historical Society of the sum of $4,500. According restoration documentation, “The Old Liberty Jail is a significant example of a late 19th century jail for an agricultural county and a small, but growing, community in Georgia. It is one of the earliest brick structures in Hinesville and probably Liberty County.” It was listed on the National Register of Historic Places in 1992. Contact the Hinesville Downtown Development Authority at 912-877-4332 to schedule a tour. 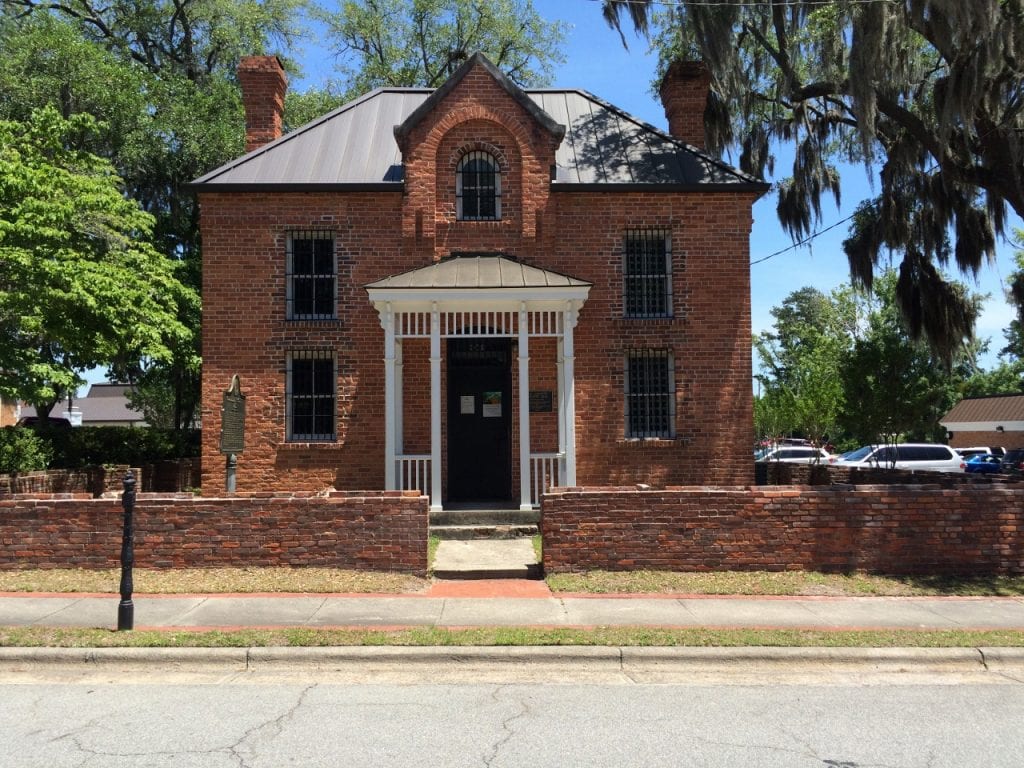