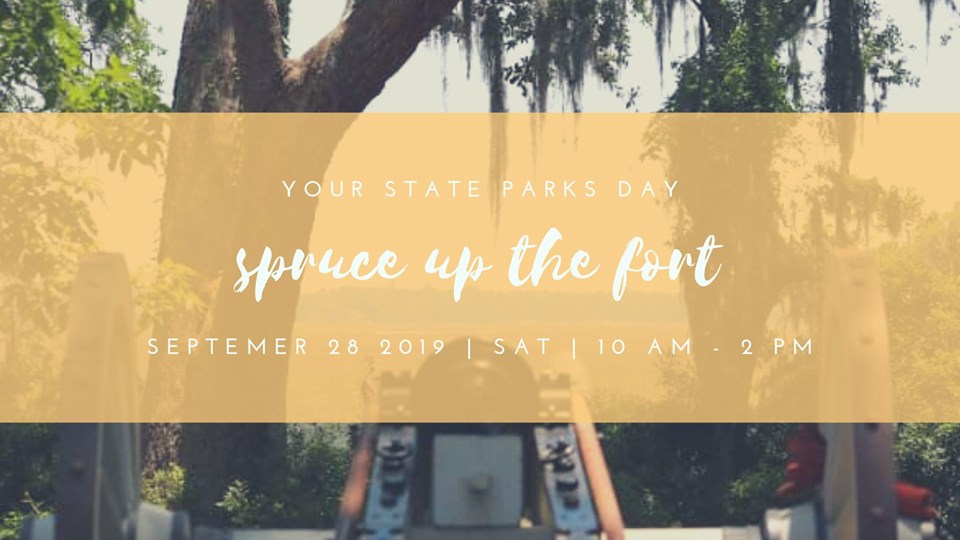 In celebration of National Public Lands Day, Georgia’s State Parks & Historic Sites are inviting citizens to volunteer for a variety of projects on Saturday, September 29. All across Georgia, outdoor enthusiasts can help with projects that aid in the preservation of our parks and natural landmarks such as minor maintenance and park clean up at Fort Morris State Historic Site.
The statewide “Your State Parks Day” is sponsored by Friends of Georgia State Parks & Historic Sites, a nonprofit organization dedicated to preserving and enhancing the state’s natural and historical treasures. To encourage participation in the event, Friends will be paying the parking or admission fees for everyone who lends a helping hand.
This year, Friends of Georgia State Parks & Historic Sites invite volunteers to “See the Difference.” In support of this year’s theme, all projects will be centered around before and after scenes of each cleanup site, allowing guests to see the true impact of their work and participation. To join in on the fun with friends and followers and to see before and after images, post images from the events via social media using the hashtag #SeeTheDifferenceYSPD.
All volunteers will be treated to a free lunch and goodies at the park. Thank you!
More about Fort Morris State Historic Site:
When the Continental Congress convened in 1776, the delegates recognized the importance of a fort to protect their growing seaport from the British. Soon afterwards, a low bluff on the Medway River at Sunbury was fortified and garrisoned by 200 patriots. When the British demanded the fort’s surrender on November 25, 1778, the defiant Col. John McIntosh replied, “Come and take it!” The British refused and withdrew back to Florida. Forty-five days later, they returned with a superior force, and on January 9, 1779, Fort Morris fell after a short but heavy bombardment.
Under the name of Fort Defiance, this bulwark was once again used against the British during the War of 1812, and Sunbury’s harbor was guarded by armed barges. Today, visitors can stand within the earthwork remains and view scenic Saint Catherines Sound. A museum and film describe the colonial port of Sunbury and the site’s history.
Visitors may borrow binoculars and a field guide to go birding. Downy woodpeckers, pileated woodpeckers, goldfinches, wood storks, painted buntings, great egrets and many other coastal species can be seen.
2559 Fort Morris Road
Midway, GA 31320
912-884-5999